You are here: Home / Organisations / Resources / Meet an Arts Practitioner or Worker or Professional 2021 / Meet our Presenters: Jody O’Neill

Meet Jody O’Neill, actor and playwright of What I (Don’t) Know About Autism, who will present as part of the On Demand vs On Request Access panel on Tuesday 16th March 2021.

Tell us a little about yourself and how you got to where you are today.

I’m writer and performer with autism. I was born in Dublin, but grew up in Cork where I spent most of my childhood dancing. My heart was set on being a ballet dancer, but when lack of finance scuppered my chances of going to the UK to study full-time, I began to look towards theatre as a possible career. Twenty-five years later, that’s still mainly what I’m doing. Along the way, I’ve worked in a lot of restaurants, written for soap opera, done quite a bit of admin and editing, but it’s always theatre I come back to.

What organisations have you worked with / for?

I have worked for many Irish theatre companies and organisations as well as producing my own work. I’ve always been interested in working with young people, and worked with Graffiti Theatre Company in Cork as an actor and writer, and also with Team Educational Theatre Company and Barnstorm as an actor. I was influenced by the principle of making work that engages with audiences outside of the theatre performance, which was at the heart of the Theatre-in-Education movement.  I’ve also worked with companies including Rough Magic, Asylum Productions, The Abbey Theatre and more. I was an administrator for several years at Youth Theatre Ireland (then called NAYD). I went on to edit their annual publication ‘Youth Drama Ireland’ for several years, and have continued to engage with them over the years, the most recent project being a new play commission, ‘Fail, an Epic or An Epic Fail’, a play for youth theatres about Climate Justice that I have recently completed.

What access and inclusion provisions, services and programmes were in place in those organisations / productions?

Something I’ve always loved about youth theatre is that inclusivity is in its nature. That said, I’ve been really encouraged to see the work Youth Theatre Ireland has been doing in recent years to create formal inclusion policies, and in providing training, resources and supports to member youth theatres, so that they can become more fully inclusive and accessible.

Working with The Abbey Theatre on my play ‘What I (Don’t) Know About Autism’ in 2019/2020 was really exciting as we were presenting the first ever relaxed performances at Ireland’s National Theatre. The Abbey staff were incredibly committed to working with us to make the production fully inclusive and remove barriers to access. Working with an organisation that is as well-resourced as the Abbey meant we could achieve much more than we could have done as an independent company, and it was heartening to see how every member of staff really embraced what we were trying to do.

What are you working on at the moment?

I’ll be working on a number of projects during 2021. My partner and I received development funding as part of Dublin Theatre Festival’s Futures for a new project called ‘Seaside Conversations’. We hope to meet with disability service users over the coming months and learn about their experiences of the pandemic. We’d like to create fictional theatre work, based on these encounters, to be performed by professional artists with disabilities.

In addition to that, I am working on a new play commission from Mermaid County Wicklow Arts Centre called ‘what the telly saw’.

With the support of an Arts Council bursary, I’ve been researching and developing work about female autism and motherhood over the past six months, and so I’m at the very early stages of imagining a new play based on that research.

And we’ve recently been awarded funding to produce and live stream ‘What I (Don’t) Know About Autism’ in late 2021.

What has been your greatest accomplishment?

Seeking and obtaining an autism diagnosis at 39. Recognising my disability has transformed every aspect of my professional and personal life.

What is the best career advice you’ve ever received?

Don’t try to plan –  take the next step, be open to where it leads you, then take the step after that.

Change is the only constant – learn to expect it.

What surprises you the most about your job / work?

Also, the fact that no tea break is ever the duration of time that it’s stated to be. This shouldn’t still surprise me, but it does.

Where do your great ideas come from?

Being present and open in the world. People and their stories. Nature. Other art forms. Usually, I’ll have heard or seen something and then days (or months, or years) later, I’ll be walking and an idea will just drop in. Always while I’m walking though.

Describe an access and inclusion solution or innovation that has inspired you and / or your work.

The idea of relaxed performance really impacted on me and on my work. Changing the unspoken rules that keep many people from accessing culture. There was a moment about three years ago when I was in a theatre with someone who had sensory processing differences. Every time people clapped (which was frequently), he would get a fright. As part of the project, I was going to be making a piece of theatre for this man, and so I wrote the piece as a relaxed performance and as part of the performance asked the audience not to clap at the end. I wanted him to be able to be present and to be comfortable. That’s a really important thing. I think relaxed performance has the capacity to cater for everyone in the room, and I’m interested in seeing how far that can be pushed over the coming years.

What is the biggest challenge that faces access and inclusion in arts and culture today?

Othering. I think we still live in a society where we think about difference (not just disability, but race, class, religion, etc.) as ‘other’. Access and inclusion needs to be a right and not a privilege. We need to be looking around every arts and cultural centre we are in and asking the question, ‘Who is not in the room?’ And when we have the answer, we need to invest the resources into finding these people and inviting them to be part of the community. And then we need to create work that people actually want to see and that reflects and responds to their experiences of the world.

What has been your access and inclusion highlight to date?

Visiting KCAT in Callan for the first time.

What is your access and inclusion goal for the future?

Practise what I preach. Find out who’s not in the room and why they’re not there.  See if we can remove the barriers that are keeping them out. In Ireland, I think one of the challenges is around intersectionality. Cultural community engagements tend to focus on one issue, but that poses a risk of including one community, whilst excluding another. I’d like to work on projects about disability that include artists from more diverse backgrounds. And to make these projects ‘mainstream’ – make accessible, inclusive art that changes the general public’s view on access and inclusion in order to try to make a more inclusive world for my son to grow up into. 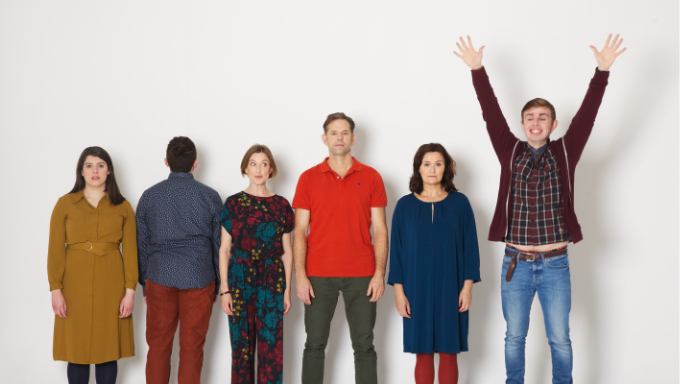 Promotional image of cast for ‘What I (Don’t) Know About Autism’, 2020. Photo credit: Emily Quinn 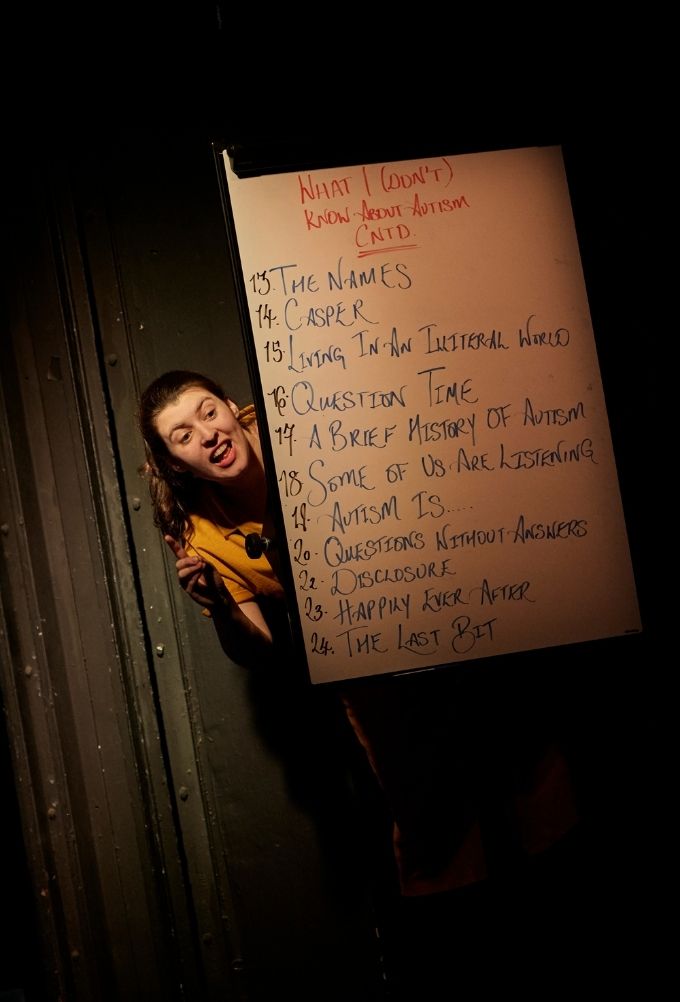 Eleanor Walsh, cast member from ‘What I (Don’t) Know About Autism’ performing on the Peacock stage at the Abbey Theatre, Dublin, 2020. Photo credit: Ros Kavanagh.

Cast of ‘What I (Don’t) Know About Autism’ performing on the Peacock stage at the Abbey Theatre, Dublin, 2020. Photo credit: Ros Kavanagh. 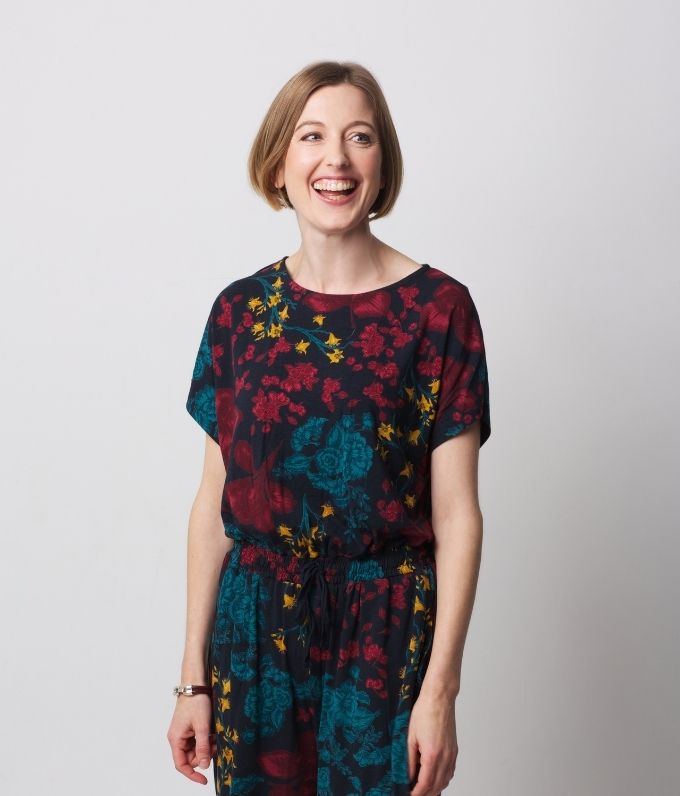 Promotional image of Jody O’Neill for ‘What I (Don’t) Know About Autism’, 2020. Photo credit: Emily Quinn 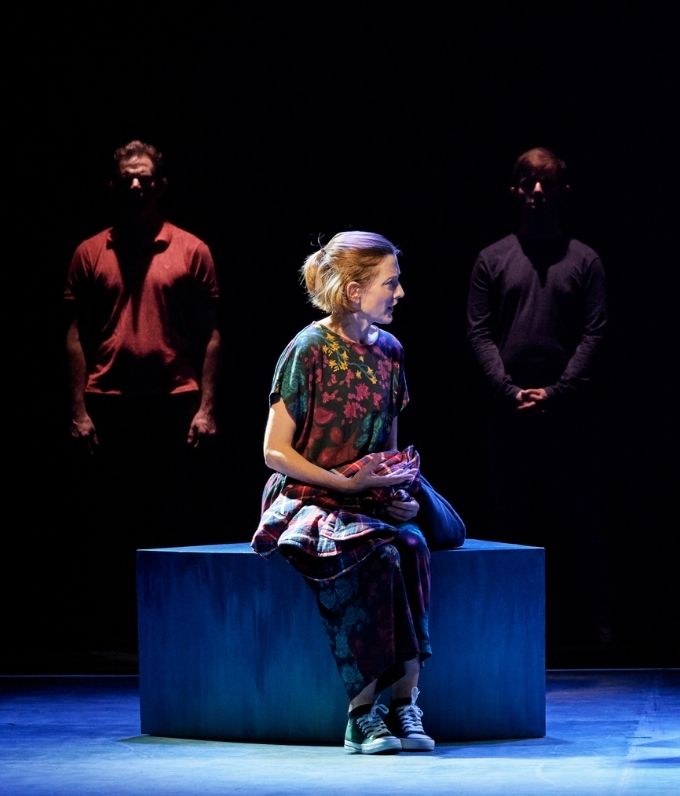 Cast member, Jody O’Neill, performing as part ‘What I (Don’t) Know About Autism’ on the Peacock stage at the Abbey Theatre, Dublin, 2020. Photo credit: Ros Kavanagh.