ADI and Fire Station Artists’ Studios have been involved in a strategic partnership since since 2007 and was born from exploring how to encourage artists with disabilities to apply for residencies in the Fire Station and what supports needed to be put in place to make that happen. We started in 2007 by commissioning an access audit of Fire Station and then put in place a dedicated budget to accompany each residency to meet the individual access requirements of artists as they arose. We then created a Studio Award (2008-2012) for an artist with a disability. The Studio award consisted of a free live and work studio in Fire Station, a bursary, as well as technical and administration support. In 2011, we introduced a Mentoring Programme.  In 2016, this partnership culminated in a co-curated visual art exhibition, A Different Republic. 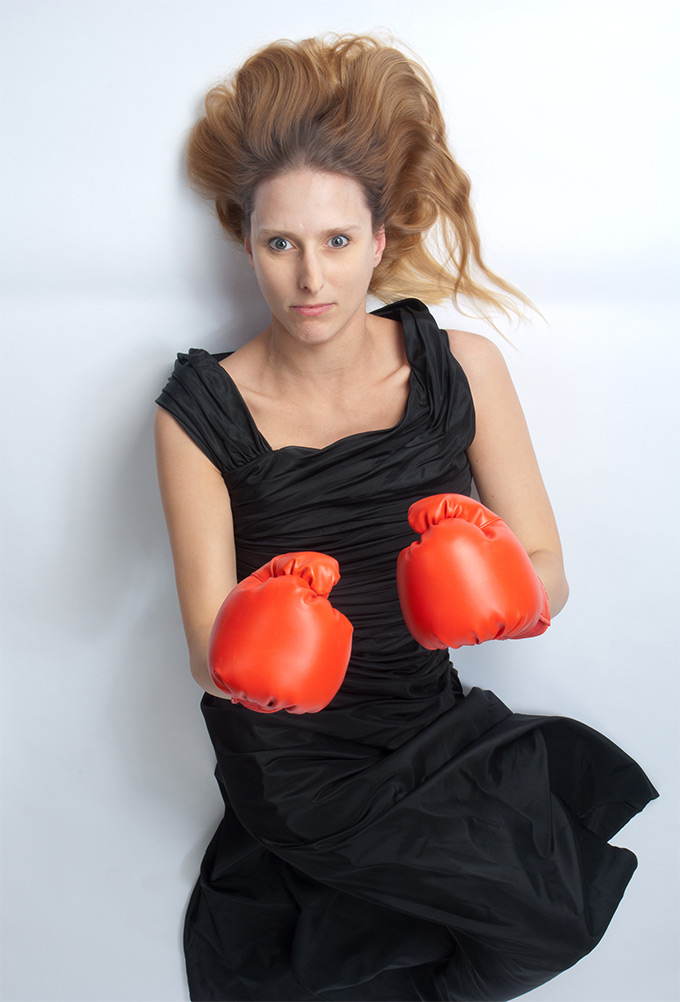 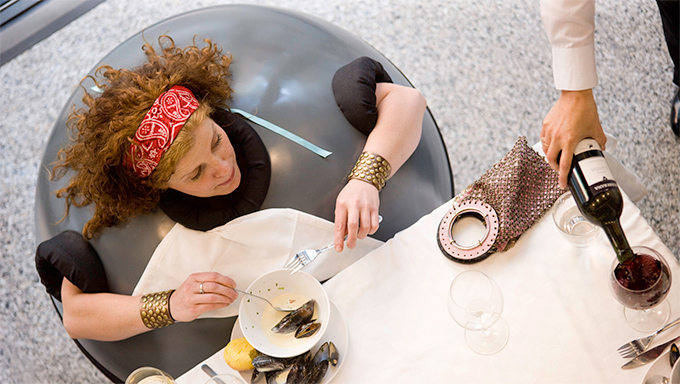 We Are For You Because We Are Against Them, Noemi Lakmaier Photo: exhibitastudios. Noemi was awarded a Studio Award in 2008 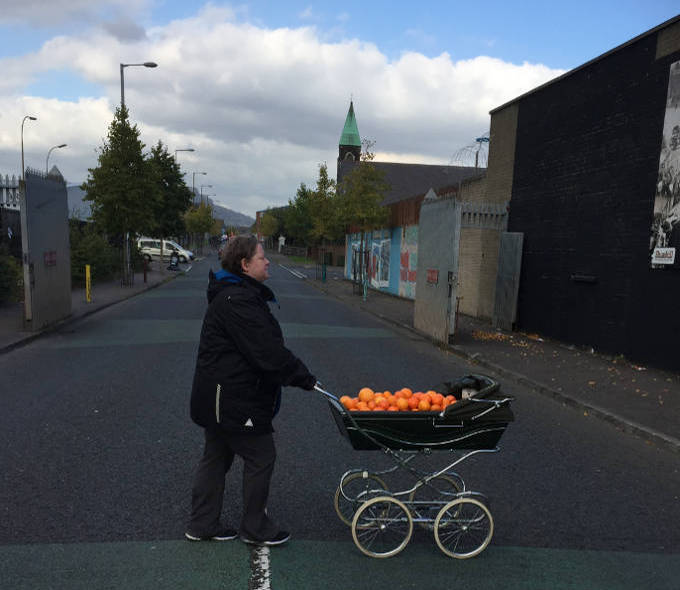 Amanda Coogan, still from Can you see it, can you feel it, it’s all in the air, 2016 Wood, steel, rubbish bags, emergency blankets, Olivia pram, oranges, moving image 4 min 30 seconds loop.
Exhibited as part of A Different Republic, The LAB, November 2016

Watch: Pathways to Practice a Symposium in Cork 2013 to celebrate and explore visual artists’ practice and development through the FSAS/ADI Studio Award 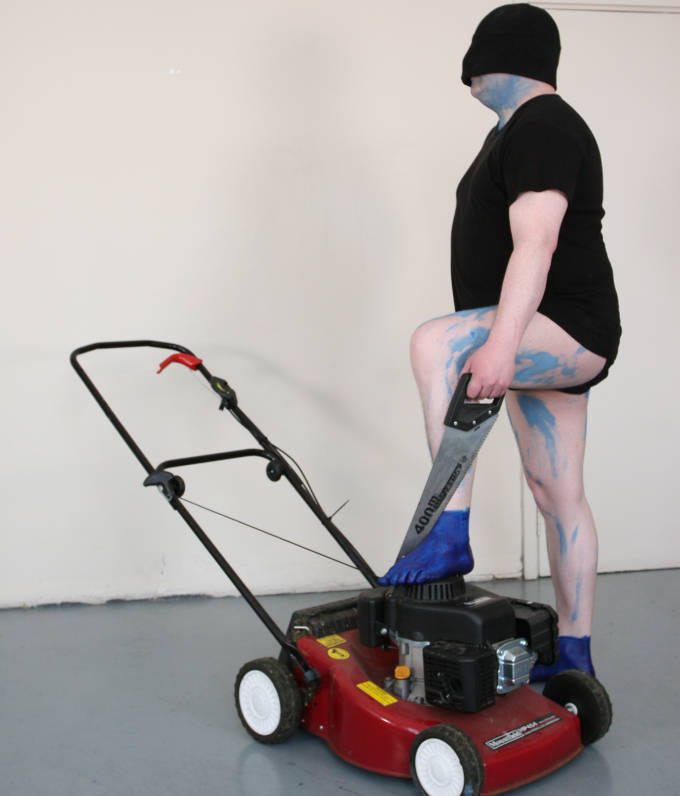