The Butler Gallery is delighted to present Block and Receive, an exhibition of new and recent works by Dublin artist, Cliona Harmey.

Technology is central to Harmey’s practice and drives her thinking. In her work, she rigorously explores and investigates the language of technology, its physicality, and ultimately its gaps and limitations. This exhibition works with ideas of transmission, reception, noise, masked or failed reception and disappearance to create works that draw on communication processes.

Discovery Pens will be available to visitors, giving access to additional audio information. This is facilitated in partnership with Arts & Disability Ireland, with funding from the Arts Council.

Block and Receive includes a series of hybrid media-based sculptural works, screen-based animations, and three short, interlinked film works. Some of the sculptural works propose imaginary measurement systems, and allude to subjective measurement as well as the calibration lines used in satellite transmission images. In the creation of these sculptural objects, Harmey repurposes utilitarian materials, such as blackboard paint, foil and conductive fabric and labelling ribbon. Another sculptural work uses a partially masked reflective radar beacon, usually used to improve boats’ visibility. Ideas of distance and lines of sight are referenced in the image received from a satellite passing overhead; whereas ideas of blocked or lost communication are also cited in the failed image visible as lines and noise.

Harmey’s three film works were shot at Haulbowline Naval base in Cobh with the co-operation and assistance of the Irish Navy and The Sirius Arts Centre. In the films we see slow motion message sequences of the hand-operated morse signalling lamp. The films allow us to see the bare bones light signals, which we can imagine are at the root of many forms of communication. The lamp is still used at times by operators for the secure transmission of encrypted and unencrypted messages.

In another work “Flag”, we see a screen with a small-scale animation which also references lost or redundant signals. The image sequence, is based on international maritime signal flags spelling of the shipname “Ocean Shield” with omissions and additions. Ocean Shield was one of several Australian vessels to take part in a search for the missing flight MH370.

The exhibition also includes a vitrine that contains studies and sources used by the artist as touchstones or inspiration in the development of the overall exhibition.

Cliona Harmey drags the power cables out from behind the couch, slows things down, and in doing so, helps to demystify the seductive power of technology to a more human pace. Block and Receive provides much for the inquisitive mind to ponder and enjoy.

Cliona Harmey studied Fine Art Sculpture at the National College of Art & Design, completed a one-year residency at Arthouse Multimedia Centre in 1999, received a HDip in Computer Science at UCD and has an MA in Visual Art Practices from IADT. In 2015, Harmey produced Dublin Ships (www.dublinships.ie) a highly successful temporary public artwork located at Scherzer Bridge and commissioned by Dublin City Council as part of Dublin City Public Art Programme. Cliona Harmey has exhibited widely and is a lecturer in the Fine Art Media Department at NCAD, the National College of Art and Design, Dublin.

With thanks to the Arts Council for essential annual funding, to Sirius Arts Centre, and to the OPW, Department of Social Protection, The Heritage Council and Kilkenny Local Authorities for additional assistance. * The artist would also like to acknowledge the assistance of the Communications Section of the Irish Naval Service (Defence Forces of Ireland) at Haulbowline for facilitating the film work in this exhibition. Work was produced during a research and production residency at the Sirius Arts Centre, Cobh.

It’s one of those simple-on-the-surface ideas that can lead the mind down all sorts of fascinating labyrinths. 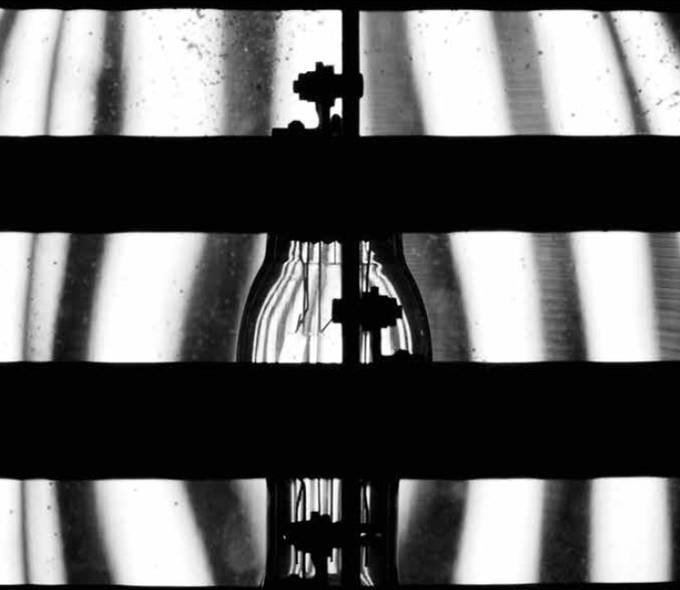