You are here: Home / What's On / Theatre: Smashing Barriers at Smock Alley…


Another day, another barrier to smash. Victim, charity case, or active citizen? Can we change how we see disability?

The performance has been developed through workshops with director, Kate Harris. In these workshops, performers were encouraged to critically reflect on their own experiences as a means of interrogating the barriers they feel prevent them from participating fully in their communities and society in general.

Issues such as inaccessibility of information, housing and transport and segregated and/or poor quality schooling among others were examined and challenged to create this new piece. The project is created and supported by Ballyfermot/Chapelizod Access Group.

Please note: the 30 minute work-in-progress performance of Smashing Barriers will play alongside Running +Walking by Martin Sharry as a double bill.

Smashing Barriers will run as part of the Scene + Heard Festival at Smock Alley Theatre, which showcases new work across live performance genres.

The Festival enables artists to test previously unseen work and new ideas in front of a live audience and receive feedback before mounting and staging full-length productions. Audiences attending ‘Smashing Barriers’ will, therefore, be encouraged to provide feedback in multiple ways at the venue, e.g. by engaging in dialogue with the cast directly, by posting a secret ballot at the Festival Voting Station, and by leaving video critiques in the Festival Photo Booth. 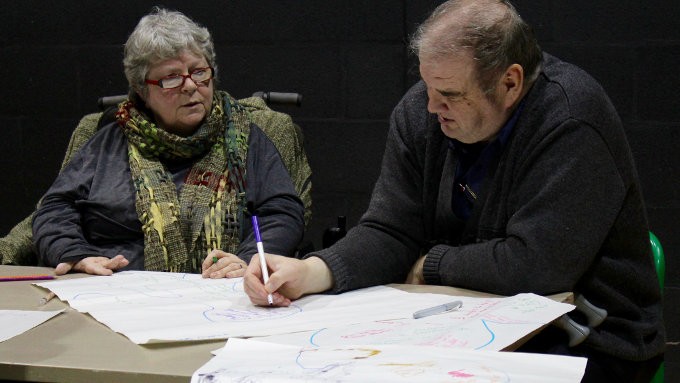