You are here: Home / What's On / Theatre: Copper Face Jacks: The Musical…

The Comedy Hit of the Summer Returns to The Olympia Theatre In 2019!
Packed full of craic, huge laughs, culchies, Dubs and lots of shifting!

From the creator of Ross O’Carroll Kelly, Paul Howard, Copper Face Jacks: The Musical is a love story set on the eve of a Dublin v Kerry All Ireland Final, when a sweet Kerry girl ends up falling head over her flat-shoes for the Captain of the Dublin football team – Gino Wyldes. Can love conquer all as these two young sweethearts face massive cultural and linguistic hurdles on their road to happiness/Croker?

2018 reviews
✭✭✭✭ ‘A belter of a show…a joy to behold’ – Irish Daily Mail
‘One of the hits of the summer’ – Sunday Independent
‘Sheer Hilarity’ – The Irish Times
‘Top Class’ – Irish Mail On Sunday
‘Brilliantly acted and hilariously played’ – Irish Mirror
‘Absolutely hilarious!…just brilliant’ – Newstalk
‘Highly Recommended’
‘The entire Olympia up and on its feet dancing and cheering by the end. Highly recommended’ – Joe.ie
‘You will have pains from laughing’ – Evoke.ie
‘An Unadulterated Joy’ – The Arts Review

Copper Face Jacks: The Musical is produced by Kite Entertainment and Verdant Productions in association with the Olympia Theatre. Original Concept Created by Daren Smith with Paul Howard. 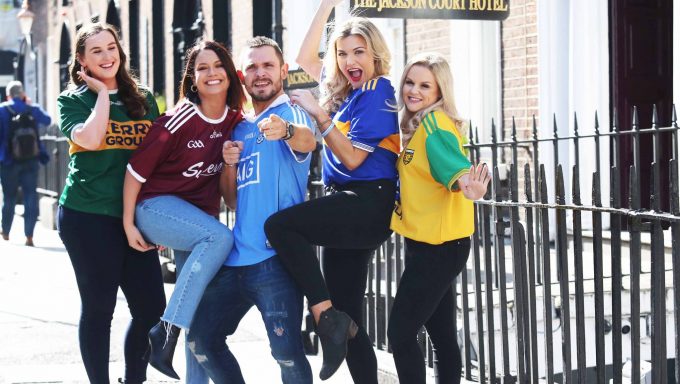 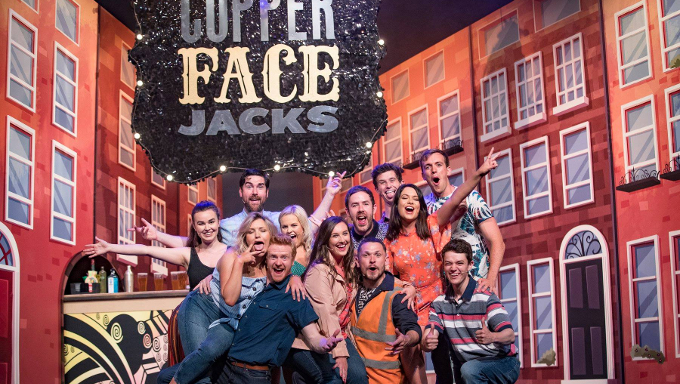