Visual Art: My Minds i by Janet Mullarney at Wexford Arts Centre


Small fragile sculptures are juxtaposed with backdrops and a heightened lighting scheme where a mysterious theatrical world will unfold.

As part of what has become widely known as one of the country’s most remarkable arts experiences; Wexford Festival Opera and Fringe Festival, Wexford Arts Centre is delighted to present My Minds I by leading contemporary artist Janet Mullarney. This is the first large-scale exhibition of Mullarney’s in five years and will be shown in a site-specific configuration in the lower and upper galleries of Wexford Arts Centre.

Discovery Pens will be available to visitors, giving access to additional audio information. This is facilitated in partnership with Arts & Disability Ireland, with funding from the Arts Council.​​ Listen to information about the exhibition

Janet Mullarney, ARHA, is one of Ireland’s most important artists working today. The title of the exhibition, My Minds I, refers to the idiom mind’s eye and to the human ability for visualisation, for the experiencing of visual mental imagery; one’s ability to ‘see’ things with the mind, and to the power of the psychic imagination that communicates important subterranean messages to be deciphered.

In the exhibition, small fragile sculptures are juxtaposed with backdrops and a heightened lighting scheme where a mysterious theatrical world will unfold. More like drawings, and avoiding any obligation to the monumental, these small insignificant figures stand alone on large open spaces to create an anarchic independence, and the subversive effectiveness of the silent interior of the artist’s thoughts.

Everything is beautifully elegant and precisely observed. Every pose is exactly expressive. Once she captures the essence, she doesn’t keep going. The challenge is to nail it, then leave it be. The result is exhilarating, liberating and generous. She doesn’t try to disguise the nuts and bolts of how it’s all put together. It is completely demystified and approachable. Her anthropomorphic animals are just that. Arranged on the lightboxes, her characters form numerous tableaux. Dramas are played out, but never pinned down. She is not telling stories per se. “In that sense, I don’t quite know what’s going on,” she explains. “And I don’t want to know.”
– From a conversation with Irish Times Art Critic, Aidan Dunne. Reviewed in The Irish Times, February 10, 2015

Janet Mullarney was born in Dublin and lives between Ireland and Italy, a country that has provided great inspiration for her work. She has won many awards, including the RUA Perpetual Silver Medal Prize (2009), the RHA Sculpture Award (2008), Irish American O’Malley Award, 2005 and The Pollock Krasner Award 1998, and her work is represented in both private and public collections in Ireland including The Arts Council, The Irish Museum of Modern Art, The Hugh Lane Municipal Gallery, The Office of Public Works, and Limerick City Gallery of Art. Janet has exhibited extensively in Ireland, Europe, and across the world, including Museo de Arte Contemporanea, Oxaca, Mexico, and both Shanghai and Beijing Art Museum, and has many important works in public spaces including; Groningen,Holland: Royal Victoria Hospitals, Belfast, and Cherry Orchard Primary School Dublin. Janet Mullarney is a member of Aosdana, the organisation which was established by the Arts Council in 1981 to honour artists whose work has made an outstanding contribution to the arts in Ireland, and to encourage and assist members in devoting their energies fully to their art. Janet Mullarney is one of 12 finalists chosen for the Hennessy Portrait Prize 2015.
A full colour catalogue, with texts by art historian William Gallagher and Manchán Magan, writer and documentary maker will be available during the run of the exhibition. In 2016, the exhibition will travel to the F.E. McWilliam Gallery & Studio, Co. Down.

This exhibition was awarded an Arts Council Touring Grant to Highlanes Gallery in partnership with the Butler Gallery and Wexford Arts Centre. The exhibition was sponsored by Clarke’s Bar, Drogheda, the former home of the 20th century artist, Nano Reid.

With thanks to the Arts Council for essential annual funding and to Wexford County Council for ongoing assistance.

Read more about this exhibition on Wexford Arts Centre website

Listen: Visitor information for My Minds i by Janet Mullarney at Wexford Arts Centre 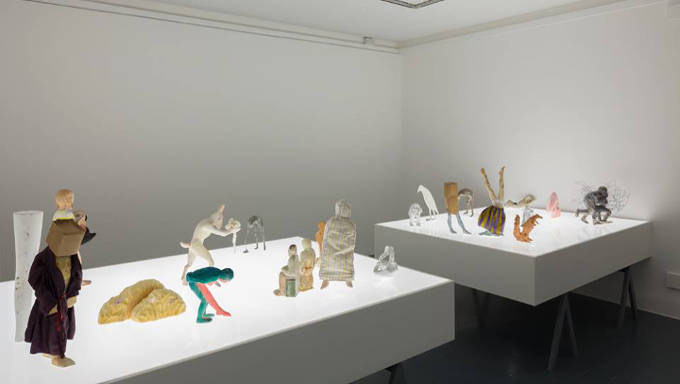 Dramas are played out, but never pinned down. 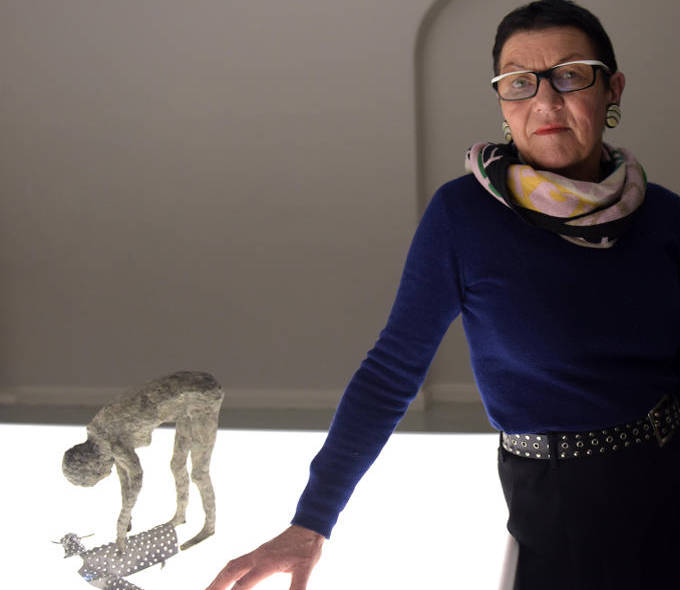