You are here: Home / What's On / Musical: Mary Poppins at Bord Gáis…

A captioned performance will take place on Wednesday 6th January at 7:30pm. There are limited discounted seats available for €57.50 at the front of the stalls. To book your seats for captioning please call 01 677 7770 or email groups@bgetheatre.ie.

Disney and Cameron Mackintosh are delighted to announce that their multi award-winning musical MARY POPPINS is coming to Ireland for the first time. MARY POPPINS will play Bord Gáis Energy Theatre from Thursday 3 December 2015 to Saturday 9 January 2016.

The magical story of the world’s favourite Nanny arriving on Cherry Tree Lane has been triumphantly and spectacularly brought to the stage with dazzling choreography, incredible effects and unforgettable songs. The stage version of MARY POPPINS is brilliantly adapted from the wonderful stories by PL Travers and the beloved Walt Disney film.

The stage production of MARY POPPINS has a book by Oscar-winning screenwriter and Downton Abbey creator, Julian Fellowes. It has a timeless score by Richard M Sherman and Robert B Sherman including the songs Jolly Holiday, Step in Time, Supercalifragilisticexpialidocious and Feed the Birds with new songs and additional music and lyrics by the Olivier award-winning British team of George Stiles and Anthony Drewe.

Captions are similar to television subtitles and give deaf and hard of hearing people access to a live performance. The actors’ words appear on a display unit (or units), placed in the set or next to the stage, at the same time as they are spoken or sung. 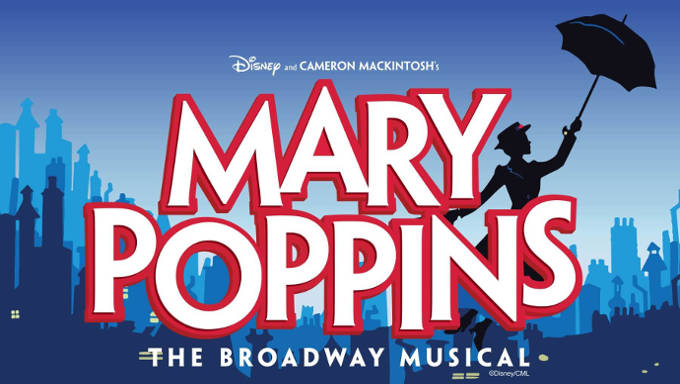 Just as I thought, "Mary Poppins, practically perfect in every way."