Sound Advice is hosting a screening of the US-produced 95 Decibels short film to explore the emotional obstacles parents face with an unexpected diagnosis of deafness for their child.

95 Decibels explores the emotional obstacles parents face when they get the unexpected diagnosis their child is deaf. In the film, the young (hearing) parents Erica and Dylan, struggle over what path to take for their deaf daughter, Sophia, whose hearing issues are detected at 18 months old.

The film features actor Goran Visnijc from NBC’s ER and is based on a true story from the United States to educate on the early detection of hearing issues in infants while seeking to improve acceptance of cochlear implants as a digital hearing technology.

For more details about the event, please visit: https://95decibelsfilm.eventbrite.ie

The teaching in this film perfectly fits Sound Advice’s approach:
1. Digital hearing aids and cochlear implants in the first year of life give babies who are deaf or hard of hearing the best possible sound to access spoken language.
2. Guidance from audiologists, ENT surgeons and speech-language teachers is vital as babies and their families learn to use spoken language in a hearing world.
3. Auditory-verbal (hearing-speech) therapy optimises infant outcomes with early detection, family involvement and top-quality hearing devices or technology. Dublin was the first overseas city to screen 95 Decibels in January 2014 and we are delighted to host a repeat screening and Q&A with the film directors, visiting from the US.

“The 95 Decibels film directly fits Sound Advice’s message of early detection for babies with severe to profound deafness in Ireland, who can learn to listen and talk with early hearing-devices and parent-led language interactions”, says Caroline Carswell, founder of Sound Advice. “While the HSE’s national newborn hearing test initiative in 2011 and – since 2014 – bilateral cochlear implants for children – are massive steps forward, what parents in Ireland really need, is sustained coaching in the listening-and-talking approach as their infants grow. This film-screening and dialogue with the film directors and some current deaf teens from Ireland, aim to explore how that outcome can be achieved.”

The Listening and Talking Approach
Since 2007, Sound Advice highlighted the listening-and-talking approach for deaf children in Ireland, with founder Caroline Carswell (and team members) benefiting from this family-centred spoken-language development as very young children. Their self-taught speech therapist practised Auditory-Verbal Therapy (AVT) in Ireland in the 1950s on a semi-private basis at Dublin’s Harcourt Street Hospital, but was not replaced on retirement in the 1990s.

A key theme of 95 Decibels is the Listening and Talking approach for deaf children – also known as Auditory-Verbal Therapy (AVT). The 95 Decibels team finds much success in the AVT approach, which maximises the use of a child’s hearing for learning. AVT promotes early detection of hearing issues, one-on-one speech therapy and digital hearing-device management. With guidance, coaching and modelling, parents are the primary enablers of their child’s spoken language progress and ultimately gain belief that their child can access multiple academic, social, and occupational choices in their life.

“We’re hoping the 95 Decibels film can have a role in educating global audiences about the wonders of cochlear implant technologies and how consistent early intervention has such a major role in a child’s mainstream education, like for my daughter Miranda” – Dan Meyers, film producer, 95 Decibels.

One in every 1,000 babies worldwide is born with significant hearing issues. Today, the digital technology of cochlear implants allows very young deaf children to hear and learn to speak with parent coaching in listening and talking. As of spring 2017, about 450,000 people worldwide have received implants (1). In the US, roughly 70,000 adults and 58,000 children have received implants (2) – while in Ireland, over 1200 adults and children have received cochlear implants at the national centre in Beaumont Hospital since 1997.

A cochlear implant is a surgically implanted device to give sound and better communication ability to adults and children with severe to profound sensorineural hearing loss (“nerve deafness”) in both ears and who gain little benefit with even the most powerful hearing-aids.

About Sound Advice
Sound Advice (formerly ‘Irish Deaf Kids’) is an award-winning, for-impact venture geared to technology-supported mainstream education and living for deaf children and students. A core part of Sound Advice’s work highlights the necessity of early detection and intervention for child hearing issues, and how parents must take an active role in their childrens’ spoken-language development. Hearing and speech synergise, meaning very young children who consistently wear hearing-devices can get to build their listening-and speaking skills at home with their families. Accordingly, they are placed to start creche and preschool at a similar – or better – language level than their hearing peers, and not to have
to play constant catch-up during their later school years. 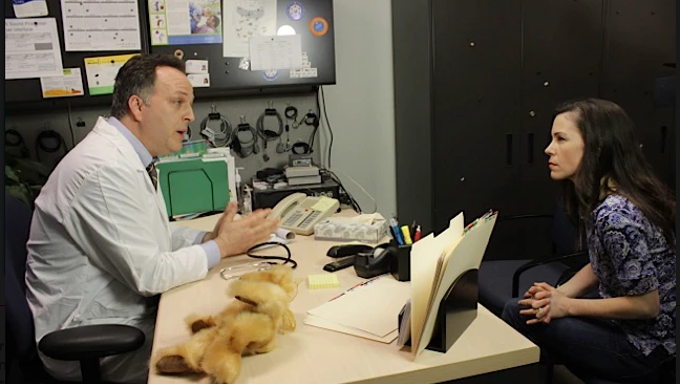 What parents in Ireland really need, is sustained coaching in the listening-and-talking approach as their infants grow. 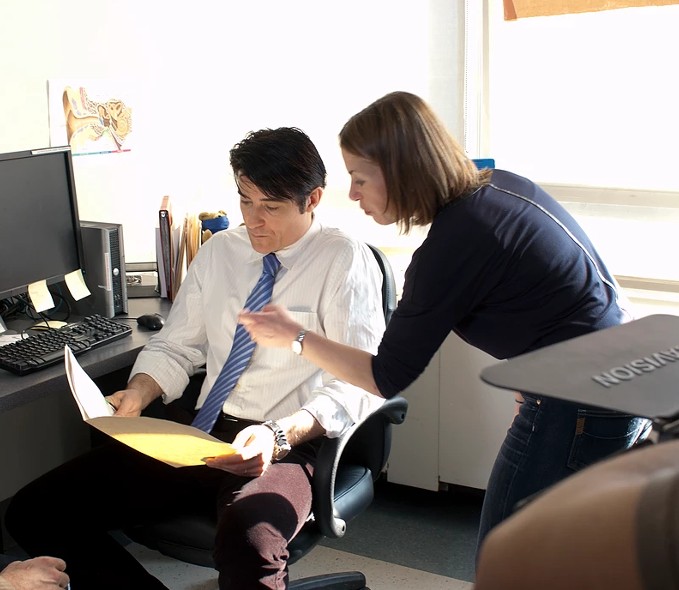