You are here: Home / What's On / Dance: Horrible Creature by Áine Stapleton…


This year critically-acclaimed choreographer Áine Stapleton is researching and developing a new choreographic work entitled Horrible Creature, based on Lucia Joyce, which will be presented as a work-in-progress at DanceHouse on 27th June.

Lucia, the daughter of Irish writer James Joyce, trained as a professional dancer before being incarcerated in psychiatric hospitals for 47 years until her death in 1982. She was treated for various health issues and was forced to undergo experimental treatments, although many of her diagnoses were inconclusive.

Áine’s previous work includes the dance film Medicated Milk (2016), which was created from letters written by Lucia at a psychiatric hospital in England between 1952 and 1982. Horrible Creature will examine Lucia’s earlier life between 1915 and 1950, and explore her time as a professional dance artist; her romantic relationships – including her short romance with writer Samuel Beckett; the circumstances surrounding her incarceration by her brother, and her time under threat in an occupied zone at a psychiatric hospital during World War 2, shortly before her father’s death.

“Lucia was a professional dancer and a talented artist, but is generally regarded as the mad daughter of a genius”, says Áine. “Horrible Creature aims to give Lucia a voice and to provide her story with contemporary relevance. My choreographic experiments offer a non-linear retelling of Lucia’s life through the art form which was her passion, and I work as much as possible from her own words. I believe that Lucia’s mental strain was the result of ill-treatment and neglect, which she experienced from a young age. It’s a difficult but fascinating project to undertake as so many of her letters – including a novel and letters of communication between her and her father – were destroyed by her nephew following her death.”

The work-in-progress sharing at DanceHouse will draw on writings by Lucia which Áine has found in The National Archives in London and The University of Tulsa in Oklahoma.

Note: The work-in-progress sharing is now booked out.  Contact dance house via email to be added to the stand-by list: info@danceireland.ie

Horrible Creature is supported by the Arts Council’s Arts and Disability Connect scheme managed by Arts & Disability Ireland. Áine received a New Work award through the scheme in 2017. For more information on this funding scheme, please see: www.adiarts.ie/connect

In addition to her New Work award for Arts and Disability Connect, Áine has been funded by the Arts Council to develop her choreographic research into a feature-length film about Lucia which will premiere in late 2018.

Horrible Creature is created in partnership with Dance Ireland and The James Joyce Centre Dublin.

Read Áine’s interviews with RTÉ and The Journal.

Lucia was a professional dancer and a talented artist, but is generally regarded as the mad daughter of a genius. 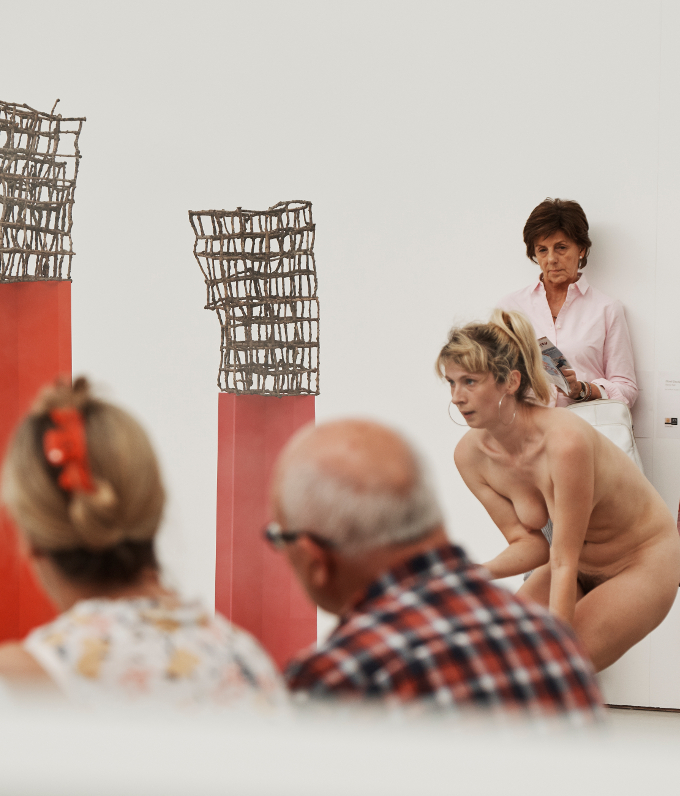