You are here: Home / What's On / Dance: CIRCUS at Smock Alley Theatre…

Who gets to dance? What does Irish look like? What kind of bodies get to be on stage? The aging pole dancer. The street dancer as new migrant. The non-normative body. In a rapidly changing society, CIRCUS looks at diverse experiences in contemporary Irish culture, through the lens of dance. Two performers, one live, one only in video projections.

Tara Brandel says “Nicholas is a street dancer from Nigeria who had to flee Nigeria very suddenly. He arrived in Ireland having no idea where he was, and knowing nothing about the country. He had to leave all his papers and important documents behind, and arrived without all the things he needed for his dance work like music and costumes. He reached out to me because he wanted to dance with me. I was away so we spent 5 months Skyping, talking about dance and getting to know each other. We finally met and spent a week together at a Residency at Dance Ireland, him dancing, me mainly filming, and us having lengthy discussions about identity, Direct Provision, bullying and of course dance. I recorded these discussions. Out of this I edited and developed Nicholas’s role in our duet, (one performer live, one virtual). Nicholas is only in the video projections and not live partly to emphasis the isolation and sense of separateness that Nicholas and others have talked about experiencing in Direct Provision.”

CIRCUS will be at Smock Alley Theatre, Black Box Lower Exchange Street, Temple Bar, Dublin 2 on Saturday 7 September (preview) to Tuesday 10 September.
All shows at at 6.45pm.
Tickets €11 (preview) €14 (full) €12 (concession) or on the door. 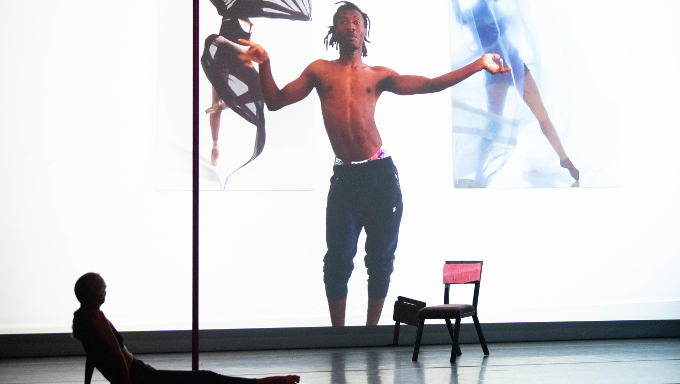 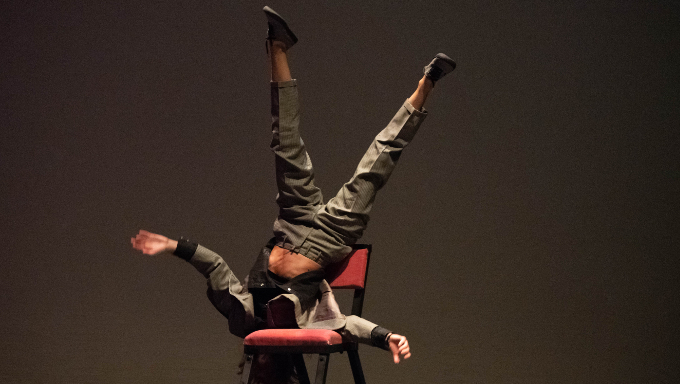