Templates for Leadership. Arts and Disability: Many Models, Many Approaches.

How can we learn about and discuss ‘the many faces of leadership in the arts and cultural sector, considering such questions as what makes a good leader and whether disability leadership is always best in arts and disability organisations?’

Pádraig Naughton, Executive Director of Arts & Disability Ireland, Veronica Pardo and Emma Bennison, cultural innovators in Australia, have all been part of driving change in relation to arts and disability and leading by example nationally and internationally.

The leaders taking part in the discussion offered their varied experience of coming to leadership roles, whether it was as a result of a structured programme set out for that purpose, or because of a frustration at being asked on panels and asked for solutions but having no power to implement the changes suggested. Or sometimes it was the actual experience of overt discrimination that first mobilised and galvanised all three to realise that they needed to structure, lead and change the debate.

Pádraig Naughton, Veronica Pardo, Executive Director of Arts Access Victoria and Emma Bennison, CEO of Blind Citizens Australia and then CEO of Arts Access Australia have all been part of driving change in relation to arts and disability and leading by example nationally and internationally. They have all been path breakers, and instigated many ground breaking projects in their own national territories. Their insights and opinions on leadership share certain factors in common and diverge in other ways. Change has happened but as evidenced by the discussion document below, the momentum needs to be constantly maintained. A report compiled by Arts Access Australia in 2012 revealed “More people with disability participate on committees and boards of arts organisations than as employees or artists.”

The main impetus and the lynchpin anchoring the discussion was to explore ‘the many faces of leadership in the arts and cultural sector, considering such questions as what makes a good leader and whether disability leadership is always best in arts and disability organisations?’ Also at the heart of the discussion was how can you remove barriers to the arena of leadership, not only in arts and disability cultural organisations but in the broader cultural landscape. Given the location of the conference where discussion took place, many examples cited were taken from the Australian but also the Irish context. Pádraig Naughton was keen to point out, in relation to the idea of the politics of disability arts, that Ireland really was a special case in terms of attitudes, “it didn’t follow the politics of disability arts in the UK… in fact people with disabilities in Ireland seem to be much more interested in kind of trying to seek out a broader consensus…”

The experience of coming to leadership roles was varied, whether it was as a result of a structured programme set out for that purpose, or a frustration at being asked and asked for solutions but having no power to implement the changes suggested. Or sometimes it was the actual experience of overt discrimination, as was described by Emma Bennison, that first mobilised and galvanised them to realise that they needed to structure, lead and change the debate. As Pádraig Naughton summarised, as an artist with a visual impairment he became, “the person who could give advice to this and that person but actually not really having any influence over where my advice ended up or if it was ever implemented… actually finding a use for my opinion was what led me into leadership in the first place.”

However, the responsibilities of leadership for a person with a disability are manifold. Managing self-doubt, feeling the burden of representation or just generally being a role model are all additional factors to the general responsibilities of being a cultural leader, manager and employer of diverse staff and freelancers in the cultural arena. Often being the first person in such a role creates an additional pressure.

One way of both managing those feelings and feeling supported at the same time came through the example of the model that one non-disabled manager/director made way for a person with a disability whilst acting as mentor or showing the ropes so to speak, and offering support over an extended period. The examples from Arts Access Australia* and Arts Access Victoria** opened up a debate that extended far beyond Australia to other arts and culture sectors worldwide.

The very different kinds of support structures that are needed were another strong thread through the discussion. The panel agreed that admitting that a leadership role could be difficult and exhausting was also important so that next phase or cohort of leaders in waiting could rely on adequate supports on what can sometimes be a tough and lonely road. Supports should be maintained and strengthened, whether it be around access, admin or boards or by creating a nexus of partnerships, including with state agencies and funders. All of the panel believed that it was important to be honest about the potential for burn-out and to guard against it.

The composition of a Board and the ratio of disabled to non–disabled members continues to generate debate. This needs now to be considered in the light of the diversity of skill sets that are needed for arts organisations these days as they are many and varied, be it in the areas of finance, marketing, programming or curation. Partnership, from every perspective, was vital and Pádraig emphasised that from the very early days of his stewardship of ADI, from 2005 on, he decided “we would work with whoever wanted to work with us in the arts, and that we would seek to draw in as many different voices as we could.”

Citing the example of training a hundred and fifty organisations in disability action plans, Veronica Pardo stressed the importance of public commitment and accountability as another factor in the partnership nexus. In other words, whilst working with arts organisations on joint initiatives is crucial, it also requires follow up and confirmation of implementation in order to be truly effective. This is also true when considering the question of quotas within an employment plan. As Veronica emphasised: “if we’re going to have quotas they need to be across all levels of the organisation and they need to be meaningful and people actually need to sign up to not just a quota but a plan of action.”

Emma Bennison admitted: “I think we’ve got a long way to go before we break down those attitudinal stereotypes about people with disability being inherently less capable, and that’s one of the real problems we have in terms of this leadership kind of conversation.”

In terms of the bigger societal changes that need to happen, all panellists believed there are different approaches to promotoing meaningful progress in the wider world. Representation can help to counter negative ideas. Emma Bennison posited that more people in basic TV and film roles would really help to counteract these stereotypes. It is also important to recognise the bigger picture in society and the way in which arts and disability in different national territories reflect the political realities and tendencies in broader society. Recognising that access and audio describing are vital to build both future audiences and arts practitioners, that was an area that Arts & Disability Ireland entered into from its inception as a key part of its programme of work.

In the Irish context, this was pioneering and ground breaking and very significant as they decided to start at the top by approaching the national theatre, the Abbey, along with the leading drama festival, Dublin Theatre Festival as partners. Another important initiative from the early days of ADI was to encourage and share debate about disability arts practice. Naughton commissioned Irish born writer and director Kaite O’Reilly to edit a series of essays which subsequently became the book FACE ON.

The essence of the ‘Many Models, Many Approaches’ slogan espoused by Naughton is to encourage different ideas about leadership which encompass a more all-embracing approach, which should not place all the responsibility on one person but re-invent the idea of partnership on the foundational principles of collaboration, shared visions and goals.

CONTEXT
In September 2016, Arts & Disability Ireland’s Executive Director Pádraig Naughton travelled to Australia where he was the keynote speaker on Organisational Pathways at the Arts Activated conference in Sydney 20th September. The theme of the biennial conference was Pathways to Practice. On 29th September he chaired a panel discussion at the Other Film Festival titled Leadership Through a Different Lens. The panellists were Veronica Pardo, Executive Director of Arts Access Victoria and Emma Bennison, then CEO of Arts Access Australia.

The text above is a distilled version of the themes and issues that came up as part of Pádraig Naughton’s leadership keynote address in Sydney and during the debates in Melbourne. The text is intended as a resource to facilitate and encourage discussion for artists, programmers and curators for the sector.

**In March 2018, Veronica Pardo, Executive Director of Arts Access Victoria, stepped down from her role in order to make way for a person with a disability. She has called for others to do the same.

Leadership Through a Different Lens, the film referenced in the title of the debate, is Emma Bennison’s documentary featuring conversations she had about disability leadership during a 2014 trip to the UK.

Further Reading
Sync Leadership Programme [Australia Council] is a disability specific leadership programme for people in the arts and cultural sector and it looks particularly at disability and impairment and how you can actually harness your impairment as a tool to help support your own leadership.

Art Works: Employment In The Arts For People With Disability: Current Status, Barriers And Strategies (2012) 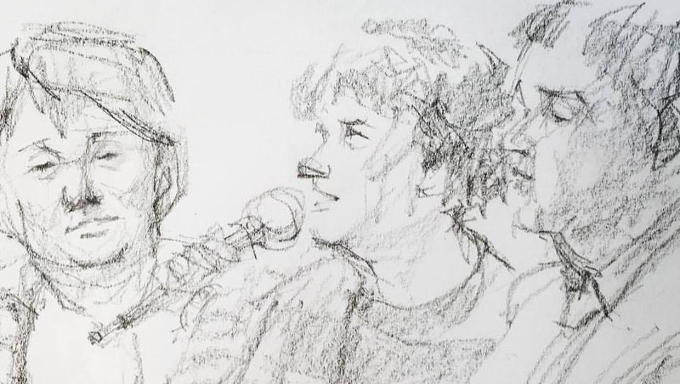 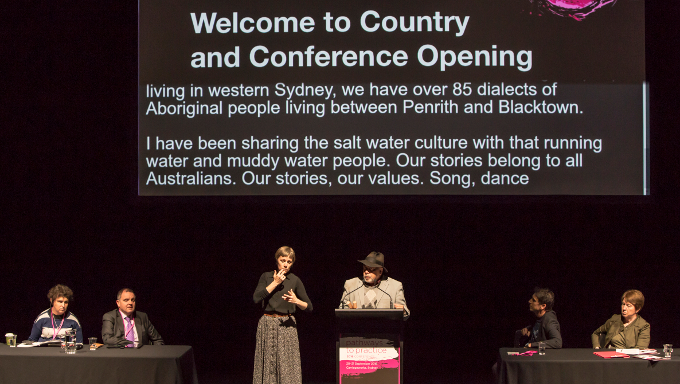 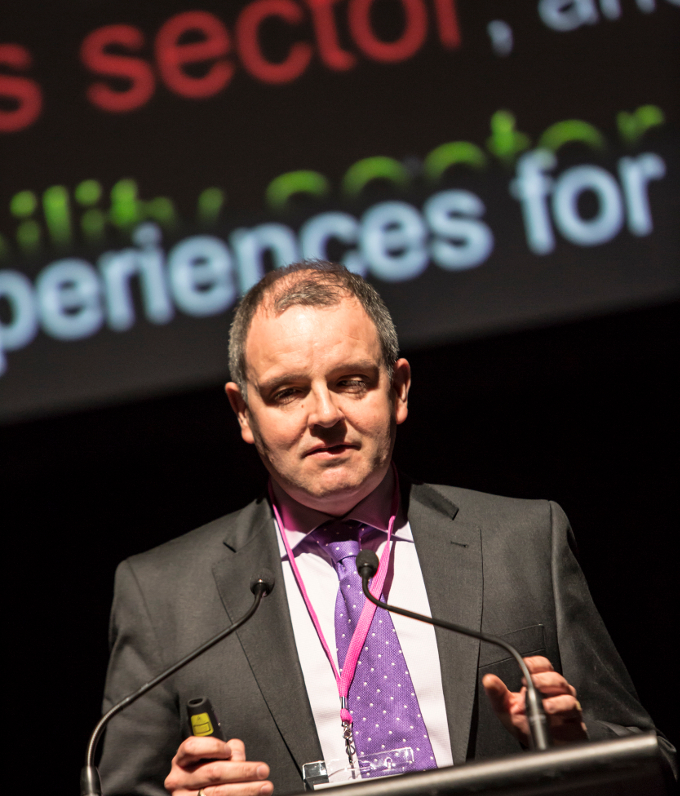 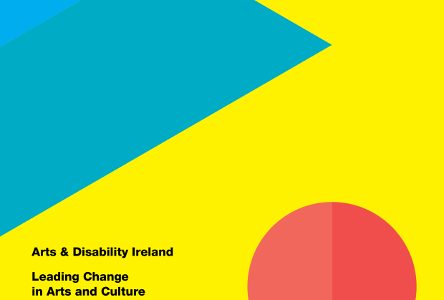 Leading Change in Arts and Culture