In an Irish context Ignite was the single largest competitive commissioning process specifically targeted at internationally recognised artists with disabilities.

The catalyst was London 2012 when representatives from Arts Council / an Chomhairle Ealaíon, Arts & Disability Ireland and local authorities from County Mayo, Cork City and Galway City & County attended Unlimited. The genesis for this relationship had grown out of a series of capacity building partnerships begun in 2008, to develop arts and disability at a local level. These local initiatives focused on DET for venues / artists, access audits / action planning for key arts infrastructure, assisted performances and programming.

When these Irish representatives visited Unlimited in 2012 the intention was to identify work that might be suitable to present at venues in Mayo, Cork and Galway. The entire Irish delegation were astounded by the programme at the Southbank. While several pieces were identified for touring in Ireland, the scale meant none was suitable. Venues were either too small for the work, or too big for the potential audience.

Still, the partners were determined to increase the amount of high quality internationally acclaimed artists programmed in Ireland. This was the starting point for what became Ignite and the three resulting commissions worth up to €60,000 each.

An open competition was designed to attract internationally recognised artists with disabilities to collaborate with festivals, venues or arts organisations and disability communities in Mayo, Cork and Galway. In addition to the creation and presentation of new work, there was a firm intention that the commissions would broaden audience reach for the local arts partners as well as raising expectations and leaving a creative legacy for the disability communities. Applications opened in July 2013 with a series of information clinics held in Castlebar, Galway and Cork to promote Ignite. To encourage ambitious and innovative applications the information clinics included presentations from UK artists who had themselves been commissioned by Unlimited; dancer Claire Cunningham, visual artist Rachel Gadsden and performer/composer Jez Colborne spoke about their successful journey to London 2012 and presenting at the Southbank. Additionally, Jo Verrent set the context for Unlimited. The British Council’s Dublin office were instrumental in drawing together and supporting this talented group of speakers to inspire potential applicants from Mayo, Galway and Cork.

The prerequisite that each application be a partnership between an internationally recognised artist with a disability, a local arts partner (venue, festival or arts organisation) and a disability community proved an enormous challenge for some. Who in this threesome should take the initiative? While all had some experience of partnership working, few of the artists with disabilities had ever worked in Ireland and for the local arts partners or disability communities identifying artists to collaborate with was difficult. To impart knowledge and foster links, Arts & Disability Ireland assembled a global listing of over 300 artists and companies with disabilities from a range of existing resources. ADI also brokered a variety of introductions.

Despite the challenge set to prospective applicants, the link between artistic creation, presentation and community was and still remains both a cornerstone and outcome of the Ignite commissions. While the commissions needed to be ambitious and innovative, it was equally important that they were programmed as part of the wider arts and cultural offering, reach a mainstream audience and result in a legacy that would be the foundation for the future development of arts and disability at a local level. The three awarded commissions certainly achieved if not exceeded these objectives, albeit in uniquely different ways. This complexity was further added to by the way arts and cultural provision functioned across the four local authorities who were supporting the Ignite commissions.
International Day of Persons with Disabilities 3rd December 2013 saw the announcement of the three successfully commissioned artists, Jez Colborne, Aideen Barry and Simon McKeown.

In Galway, Jez Colborne worked with Galway-based project “That’s Life” and the Town Hall Theatre to create an awe-inspiring musical experience entitled Trickster, inspired by the stories of Odysseus, a man on a journey. Sparked by Jez’s fascination with making music using sirens, foghorns, cranes and all things industrial, Trickster in October 2014 immersed Galway audiences in a wave of sounds. This unique work featured artists, musicians and performers with disabilities from “That’s Life”, an arts and disability initiative of the Brothers of Charity. Jez, a skilled international artist and composer, had exploded onto the music scene in 2012 with Irresistible, commissioned by Unlimited for London 2012 and performed at London’s National Theatre.

In Mayo Irish visual artist Aideen Barry joined with artists from the Western Care’s Ridgepool Training Centre and Scannán Technologies, in a project facilitated by Ballina Arts Centre. The group used new technologies, including green screen and advanced animation techniques to create a short film, bringing together stylised mime, music and movement, and inspired by the silent movies of the 1930s. The resulting film ‘Silent Moves’ was premiered at Ballina Arts Centre in November 2014.

In Cork, a project led by renowned international artist Simon McKeown presented a major live art event during Cork’s Culture Night in September 2015. This live event utilised a mix of exciting modern technologies; the Cork College of Commerce on the River Lee was brought to life through wild projections. Simon worked on this project with a number of Cork based disability organisations, Suisha Inclusive Arts at COPE Foundation and SoundOUT, along with the National Sculpture Factory and Create, the national development agency for collaborative arts. Simon brings with him over 25 years of professional creative experience, as a senior lecturer in Teeside University and was awarded his own London 2012 commission.
Ignite represented the single largest investment in the arts and disability sector ever. It was an opportunity to dream big and make real, new and innovative work by artists with disabilities, on a scale never before seen in Ireland. It was fitting therefore that the final strand of Ignite was the selection one of the successful commissions Silent Moves lead by Aideen Barry to tour in Autumn 2015 to the other local authorities in the partnership. Setting this ultimate goal has meant all the commissioned artists and their collaborating partners have had an eye to the future, looking not only beyond the delivery of the project in their respective local authorities but to where their work and partnership may travel to in the years to come. 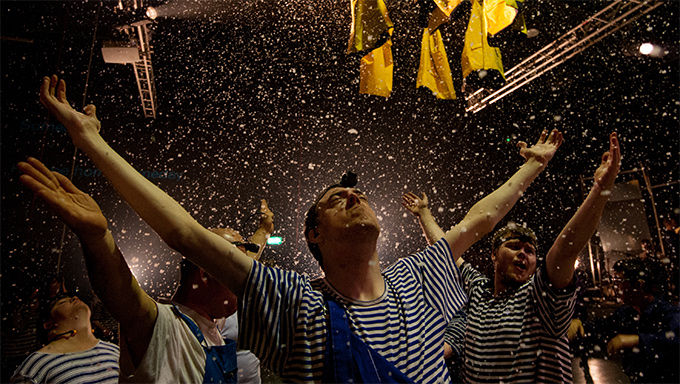 It was an opportunity to dream big and make real, new and innovative work by artists with disabilities, on a scale never before seen in Ireland. 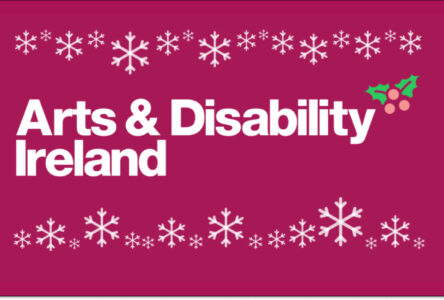