Roderick Ford is a poet and playwright. His work explores themes of otherness and othering, of voicelessness and estrangement.

To start our 2018 Meet an Artist series of interviews, we chat with Roderick Ford, poet and playwright. Roderick’s work explores themes of otherness and othering, of voicelessness and estrangement. His work is populated by outsider figures and hybrids on the borderlines between worlds. He works in non-realistic modes.

He was also the recipient of an Arts and Disability Connect Mentoring Award in 2015 and worked with Director of Willfredd Theatre Company, Sophie Motley to develop a theatre script with Sophie’s dramaturgical support.

What is your name?
Roderick Ford

Tell us about your art.
I write poetry and, in recent years, plays. I strive to convey difficult ideas simply, rather than simple ideas with difficulty. I don’t do realism, preferring fantastic, absurdist or magic realist modes. I privilege the mythic and the irrational. I tend to use narratives of some sort as the backbones of my works and to let these carry my own takes on colour, uncertainty, music, tropes, mysteries etc. I try to ensure good proportions of emotion, physicality, spirituality and intellect, so that none of these become too dominant. I strive for excitement — I want to give the reader/watcher a good time. In my view the greatest crime in art is to be boring.

Where are you based?
In Glasnevin in Dublin — ideal for working from home. There are four green spaces within ten minutes walk and it’s half an hour on foot to the town centre.

What are you working on at the moment?
I’m working on a new play called The Unicorn and the Pearl, putting together the elements that will go into the first draft. This stage of writing is always the most exciting, when you don’t yet know which way it’s going to go, and what surprises and mysteries will be revealed along the way. I have the beginnings of a new collection of poetry, provisionally entitled The Great Attractor.

Can you tell us a little bit about your career path as an artist? How did you get to where you are now?
I’ve always written, though it was a struggle in the major part of my life due to unnecessary and excessive medications. Having Aspergers and being pretty reclusive has meant I’ve had to be an autodidact. I lived an outsider life struggling to express myself in a world I couldn’t properly understand or deal with, and doing myself a lot of damage with alcohol and other substances. My flat filled up with rubbish I picked out of skips that I tried to make things from, but was always scribbling away. A lot of the time I didn’t know who I was. Luckily I fell into the hands of a psycho-neurologist at a Bristol neurological hospital who took me off my medications. I’ve been lucky to have been a member of several terrific writers’ workshops, in Bristol, Paris and Dublin whose members have been really supportive. I published in magazines. Poet Sheila O’Hagan encouraged me to enter poetry competitions that I’d been self-excluding myself from. I started to publish under my own name, and began to win prizes. After my two collections were published, I switched to playwriting. I heard about ADI.

If you have been a recipient of an Arts and Disability Connect Award, how has this impacted on your career path as an artist?
I have been fortunate enough to have received two Arts and Disability Connect Awards. They made a profound difference in my moving from poetry into theatre writing, and I would not have got as far as I have without them. My first award gave me the wonderful opportunity to work with director and dramaturg Sophie Motley on my theatre practice generally and on my play The Spider’s House specifically. The play was read at the Pearse Centre in 2016. Receiving a New Work Award with the support of Sophie, Rough Magic, and Project Arts Centre enabled me to write my play Ob Gob with the encouragement and support of director Sarah Baxter, and the play was read on the Abbey Theatre’s Peacock stage in 2017.

Are there any stand out moments in your career as an artist?
In Amsterdam 1995, the first ever time opening a letter from a poetry magazine to find a poem of mine had been accepted for publication. In Dublin twenty years later, discovering a poem of mine, Giuseppe, was on the national curriculum in the UK. Winning prizes, receiving Arts and Disability Connect awards.

Who or what are the most important influences on your art?
The thing that’s the strongest influence on my work, aside from my unconscious, is my inner soup. There was an early programming maxim: “garbage in garbage out”. Inspired by this, I decided to seek out only the best, strangest and obscure texts and artworks to put into my head — to make a cultural soup of the best and most apposite ingredients, and avoid anything that would spoil the flavour e.g. TV, anything middle-of-the-road, bland, conformist, or risk free. Soup making is 24/7. I dip into it to make my work — it is the elixir of all good influence.

What have been the greatest challenges of your career so far?
The years getting off my medications so I could start writing poetry, and not giving up during my zombie life in the decades before that. Deciding to abandon poetry to write for the theatre.

Who is your favourite artist?
They change all the time — I love the excitement of stumbling across a new writer, artist, composer I can click with. That said, in visual art I have a particular fondness for 20th century women surrealists, the collage novels of Max Ernst, Paula Rego’s work, outsider artists, especially Henry Darger who almost certainly had Aspergers syndrome, the photos of Joel-Peter Witkin. In music I like Tallis motets and Jean-Claude Éloy, PJ Harvey, FKA Twigs, and noise. I like absurdist and in-yer-face playwrights.

What do you like to do for fun?
To have proper fun I need interaction with another, and as I’m between partners I don’t have a lot of fun at the moment. That said, I get real pleasure from my work, the actual creative part of it, and look forward to it. Mythologist Joseph Campbell suggested that we follow our bliss in life, and I agree with this. My bliss is writing poetry and plays. 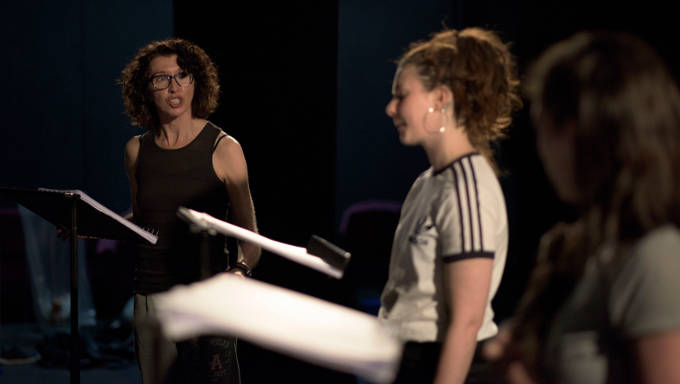 I seek out only the best, strangest and obscure texts and artworks to put into my head — to make a cultural soup of the best and most apposite ingredients. 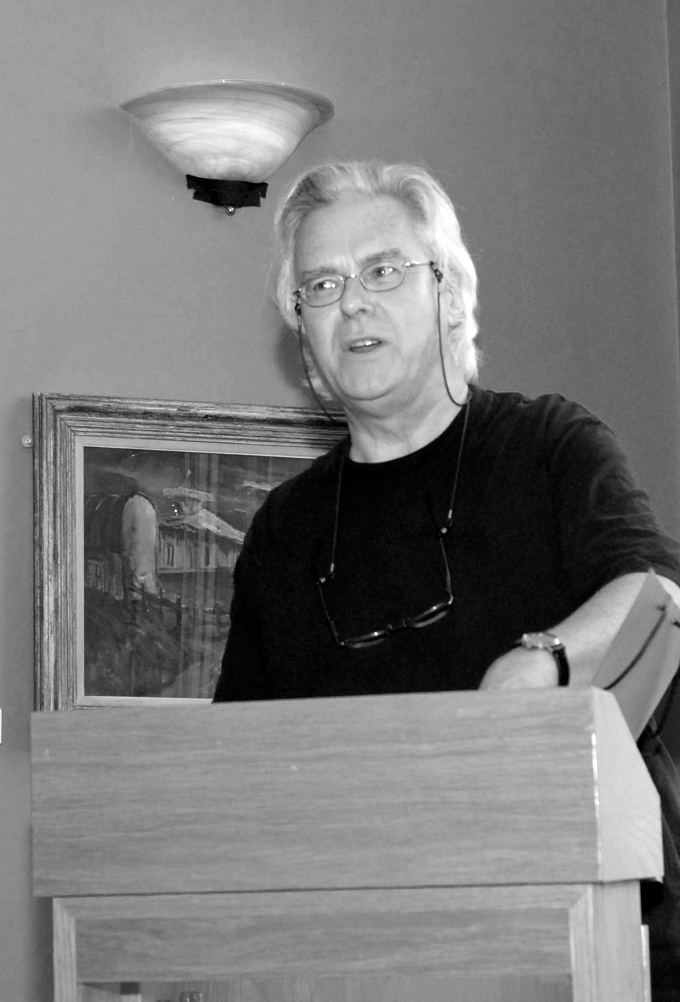 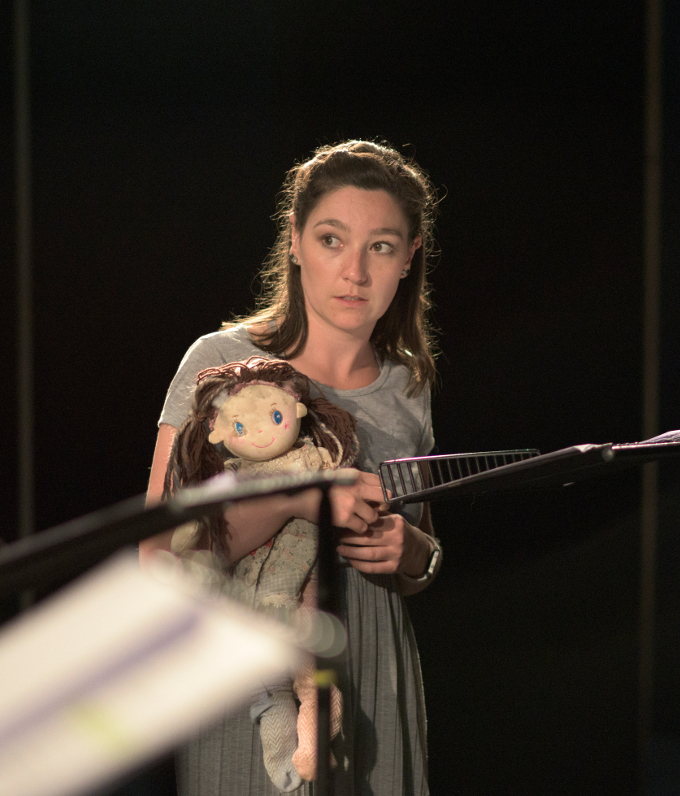 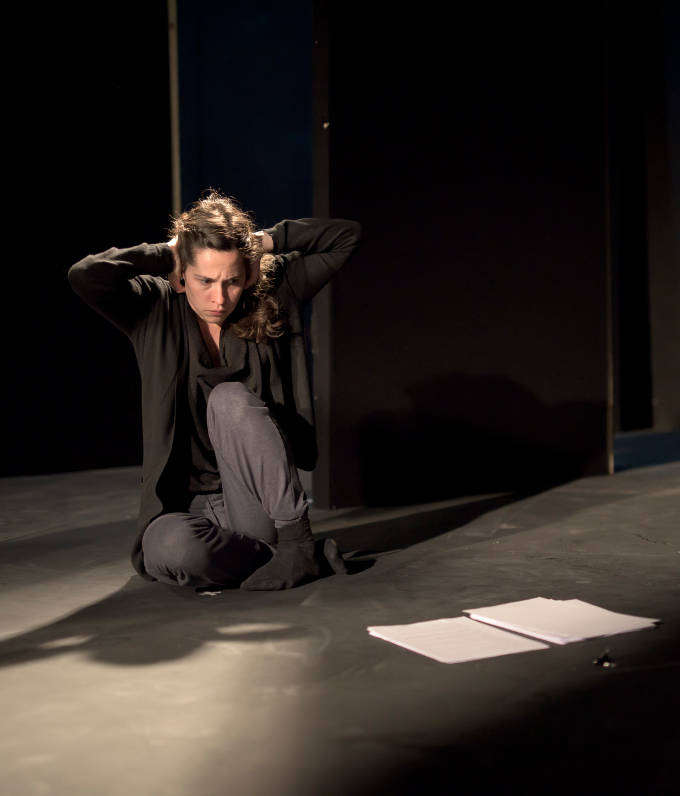 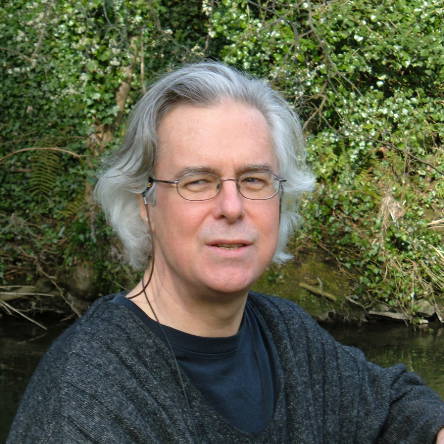 Roderick is a poet and playwright based in Dublin. His work explores themes of otherness and othering, of voicelessness and estrangement. His work is populated by outsider figures and hybrids on the borderlines between worlds. He works in non-realistic modes.

He has won many shortlistings, commendations and prizes for his poetry, both in Ireland and the UK. Some of his poems have been set to music by composer Judith Ring. Two of his plays were given public readings in Paris, and two in Dublin.

In 2018 Roderick continued his transition from poetry to playwriting with the support of a series of dramaturgical masterclasses with Pamela McQueen at The New Theatre in Dublin.