Áine O’Hara is a multidisciplinary artist, designer and theatre maker based between Dublin and Mayo. Áine received an Arts and Disability Connect Training award in 2020.

Tell us about your art.
I work in lots of different roles within the arts. My work involves collaborating with artists, designers and communities. I am interested in creating work for and about people who are often left out of traditional theatre and arts spaces.

I am currently working on Calling in Sick which is a body of work about disability, productivity and what it means to be a useful member of society. I have several chronic illnesses, including fibromyalgia. This body of work draws on real-life patient experiences of the health care system in Ireland. I am interested in who is believed when they say they are in pain and I am investigating whether or not people with disabilities can ever be equal in a capitalist society.

My work aims to question and expose bureaucracies that oppress those who fall outside certain definitions of ‘normal’, ‘valuable’, and ‘productive’. I experiment with form and focus on connection, conversation and care.

Where are you based?
Dublin & Mayo

What are you working on at the moment?
Since January 2020 I have been a studio resident at A4 Sounds as part of their We Only Want the Earth programme. I am creating work for an upcoming solo exhibition which is programmed there for September. The work I make for this exhibition is part of Calling in Sick.

Through We Only Want the Earth I am also facilitating community building projects like Chronic Chats, an online creative and social group for people who are chronically ill. I am currently creating an interactive publication for Oileán Fhéile, an arts festival happening in mid-August on Oileán Chléire off West Cork, curated by Ruairí Ó’Donnabháin.

I am also happy to be working with axis: Ballymun as a recipient of their Playground bursary, a residency award for performing artists with disabilities. Through this I will be developing a new theatrical work during the second half of 2020.

Can you tell us a little bit about your career path as an artist? How did you get to where you are now?
I am an interdisciplinary artist and work in many different roles across art forms. In visual art I have worked as a visual artist, curator and magazine editor. In theatre, I have written and performed my own work and also worked in design for theatre, designing anything from set, lighting and costumes to projection and video design as well as posters and photography for shows. I have also worked in film and television in the art department of TV shows like Red Rock and feature films like the upcoming Broken Law by Paddy Slattery.

As a child I spent a lot of time by myself or with my sister creating plays and coming up with elaborate imaginary worlds. Our dad did a lot of amateur drama and we always got to go backstage after the show, it always felt like a magical place to me. I was really interested in pursuing a career in either theatre or fine art. At that time, I didn’t realise that I could do both!

When I left secondary school, I did a B.A. in Fine Art at Dún Laoghaire Institute of Art, Design and Technology (IADT). During those 4 years I learned about performance and live art from one of the tutors on the programme and became fascinated with it. I spent a lot of time looking for the line between performance art and theatre and learned as much as I could about both. In Mayo I had been a member of Mayo Youth Theatre and when I moved to Dublin for college, I joined Dublin Youth Theatre. Youth theatre gave me the opportunity to develop work collaboratively in a way that wasn’t as easy in college. Dublin Youth Theatre was a huge feature in my beginning a career in theatre. I also was supported a lot by performance art platform Livestock which was one of the first places which gave me an opportunity to showcase my work in front of an audience.

My path to where I am now has had lots of ups and downs as well as time off to look after my health. More recently I have been lucky to have the support of some great people and organisations who gave me the opportunity to keep creating and making new work.

If you have been a recipient of an Arts and Disability Connect Award, how has this impacted your career path as an artist?
I was excited to receive an Arts and Disability Connect Training award this year. I will be attending a graphics for filmmaking course with Annie Atkins. Annie Atkins is an award-winning graphic designer for film and TV and specialises in designing graphic props and set pieces for TV shows and feature films. I am looking forward to this workshop as I am looking for ways to continue working in film and TV that are more physically accessible to me.

Are there any standout moments in your career as an artist?
There have been lots of times where I couldn’t believe I have gotten this far.

This year I was thrilled to receive a project award at A4 Sounds as part of their We Only Want the Earth programme. Working with them has been the highlight of a tough year. I have been more open about my access requirements than ever before and it has been amazing to be supported by an organisation who really listen and go out of their way to make sure I have everything I need to make my work.

In 2019 myself and Vickey Curtis were selected to be part of DUETS: a new work initiative run by Fishamble, the Irish Theatre Institute and Dublin Fringe Festival. As part of this award, we performed our show GAA MAAD, which is a theatre piece about our experiences as queer people who love GAA at Bewley’s Café Theatre for two weeks as part of Dublin Fringe Festival. This is a work that we were so passionate about and had been trying to get off the ground for a few years, so I was incredibly proud to get such a great opportunity.

In 2017 I performed my piece The Birthday Party at IMMA as part of Visual Artists Ireland’s Get Together. It felt truly special to perform there.

One of the proudest moments of my career so far was taking part in the National Youth Theatre production of It Only Ever Happens In The Movies directed by Mikel Murfi and performed on the Peacock Stage at the Abbey Theatre way back in 2013. It had been a dream of mine for a long time and I felt really lucky to have gotten there.

Who or what are the most important influences on your art?
I am inspired by lots of amazing groups here in Ireland like gender.RIP, Origins Eile, Spicebag, Glitter HOLE and Livestock who have introduced me to some of my favourite artists.

My own experiences and history also often influence the work I make.

What have been the greatest challenges of your career so far?
Housing insecurity and lack of access to adequate healthcare have been my biggest problems as an artist. Without these basic necessities I can’t even begin to think about career progression beyond making enough money to survive.

The pressure to keep going and keep working is insidious within the arts in Ireland. I feel strongly about the negative impact of this pressure, especially as an artist with a chronic illness. Wages are very low, so I have often had to work on several projects to make ends meet. There have been many times where I have pushed myself beyond my limits both physically and mentally. This has led to huge flare ups in my illnesses as well as damaging relationships with collaborators when I’ve not been physically able to finish a project that I had started.

I am trying to figure out a balance between my income and access requirements. Without either higher wages for artists with disabilities or a universal basic income, I worry that I will struggle to continue to make work.

Who is your favourite artist?
There are lots! For theatre I love Travis Alabanza, Scottee, Oisín McKenna and companies like THISISPOPBABY and Super Paua.

Recently I have been obsessed with Shannon Finnegan, an artist who makes work about accessibility and disability culture.

What do you like to do for fun?
I like going to the sea when I can, binge watching trashy TV shows with my sister. I spend a lot of time in bed so I watch a lot of TV. I just finished I May Destroy You by Michaela Coel, which I think is probably the best TV show ever made. I love zine-making and reading, watching/reading about/thinking about gaelic football and hurling along with listening to some really specific political podcasts.

I am a huge nerd for political statistics and channels like FiveThirtyEight, The Young Turks and Novara Media. 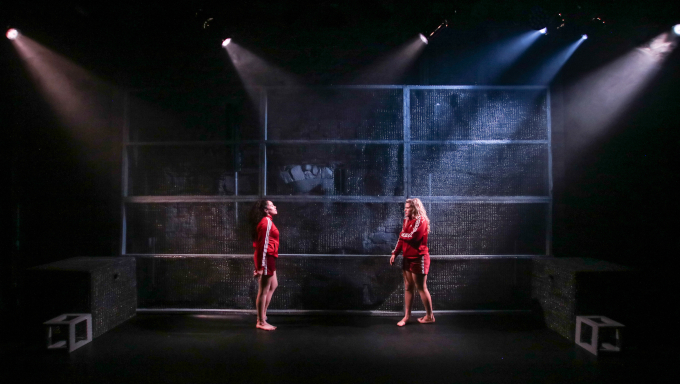 The pressure to keep going and keep working is insidious within the arts in Ireland. I feel strongly about the negative impact of this pressure, especially as an artist with a chronic illness. 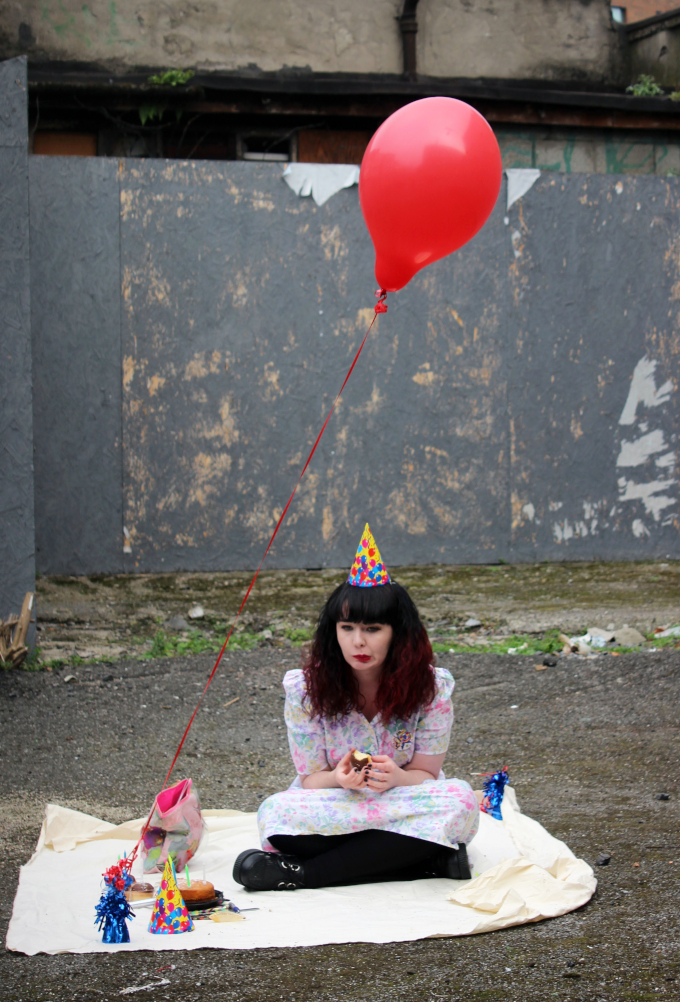 The Birthday Party by Áine O’Hara at ArtLot as part of Dublin Live Art Festival, 2014. Photo by Francis Fay 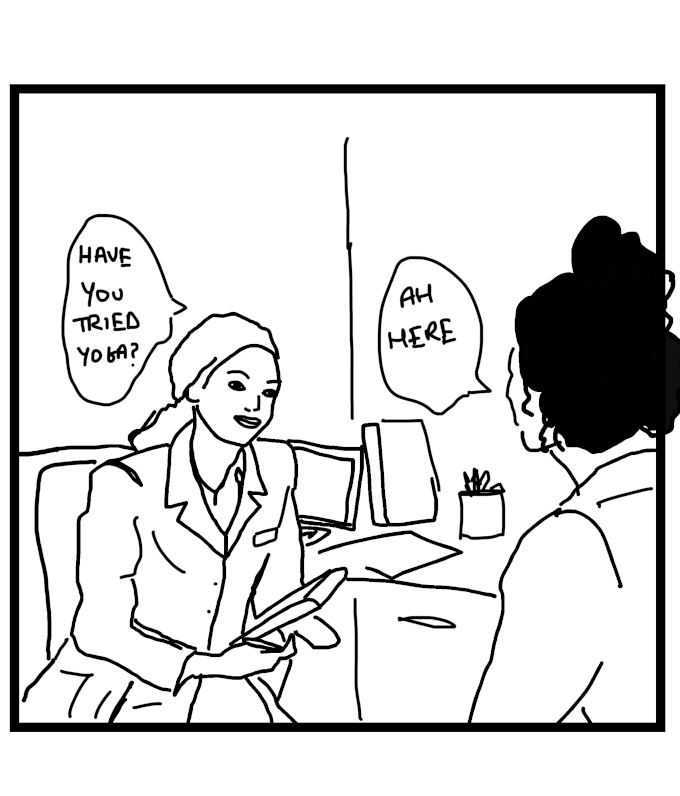