The Voyager Golden Records, created to go on board Voyagers 1 & 2, contained recordings varying from two people kissing to mathematical equations. This group exhibition looks at our need to record, document and create objects in order to make sense of the world and our place within it

Galway Arts Centre will be offering guided tours of Golden Record. The tours will be free, family friendly and open to the public. The tours will take place
Wednesdays & Thursdays 11.30 am & 2.30 pm
Fridays at 11.30 am

Inspired by the Voyager Golden Records created to go on board Voyagers 1 & 2, this group exhibition looks at our need to record, document and create objects to make sense of the world and our place within it. The Voyager Golden Records contained sounds varying from ocean waves to two people kissing; the images ranged from mountains to mathematical equations. Instructions for both playing the phonograph and for finding Earth in the universe were etched onto the phonograph. The Voyager 1 spacecraft left the solar system 2013; it is now in empty space. It will be forty thousand years before Voyage 1 & Voyager 2 make a close approach to any other planetary system; it is now the farthest away artificial object from us, some 13 billion miles away in interstellar space. It is unlikely this will ever have an audience outside of us.

The featured artists are work that could be seen to be a communication about how we see ourselves and our relentless pursuit to document subjective experience, in the same way that the Golden Records did. The records demonstrate the subjectivity of representation and the tension between thing and image. Our pursuit of understanding can also become a pursuit for meaning. The familiar can become unfamiliar through scrutiny. The exhibition will feature works that explore landscape, the built environment, spirituality and our limited understanding or futile attempts to understand and pinpoint our place in the universe.

The exhibition Golden Record refers to the tension between image and object and our selective reading of images. Some of the artworks could be documents for a new Golden Record, or an alternative to the Utopian view of the world presented through the Golden Record project. Carl Sagan, Chair of the committee that selected the contents of the Golden Record, noted, “The spacecraft will be encountered and the record played only if there are advanced space-faring civilizations in interstellar space. But the launching of this bottle into the cosmic ocean says something very hopeful about life on this planet.” This ‘hopefulness’ suggests aspiration, of a resistance between thing (our world) and its reduction to image. The Golden Records present a reality that does not exist, to an audience that may never experience it. This exhibition presents works that explore this resistance and the continuous pursuit to represent.

A billion years from now, when everything on Earth we’ve ever made has crumbled into dust, the Voyager record will still speak for us 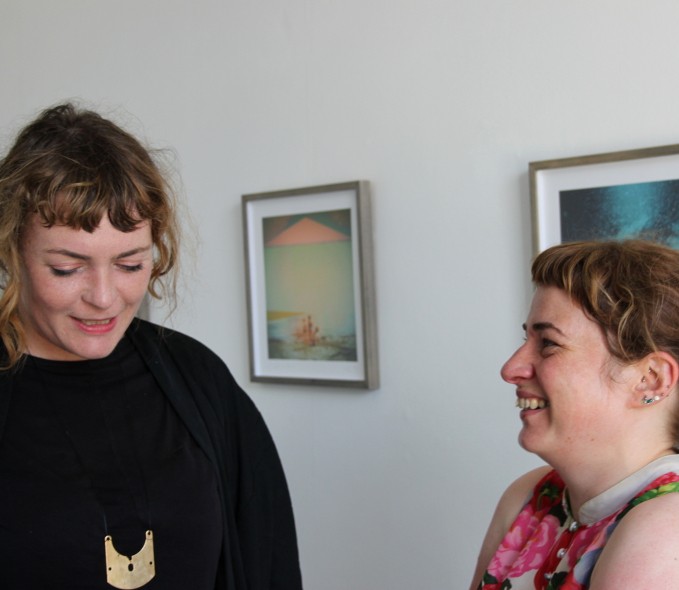