Playground For Artists With Disabilities

Arts & Disability Ireland and axis: Ballymun Playground: Performing Arts Residency and Bursary was established in 2014 designed to support artists with a disability who are interested in developing their performing arts practice and in creating new work.

The residency provides the selected artist with up to 6 months access to axis studio and performance spaces as well as some financial support. Residencies for artists and supporting the development of new work are shared objectives of Arts & Disability Ireland and axis: Ballymun. Having worked on a number of separate residencies over various disciplines in recent years, ADI and axis wish to work together to offer a residency and artist’s grant to an artist with a disability who is interested in developing their performance practice in axis.

Playground for Artists with Disabilities is supported by Arts & Disability Ireland and axis: Ballymun with funding from the Arts Council, Dublin City Council and Ballymun Regeneration Ltd.

Nolan's music is a seething cauldronful of the literary, the theatrical, and the gothically flamboyant, seasoned with a smattering of infernal burlesque 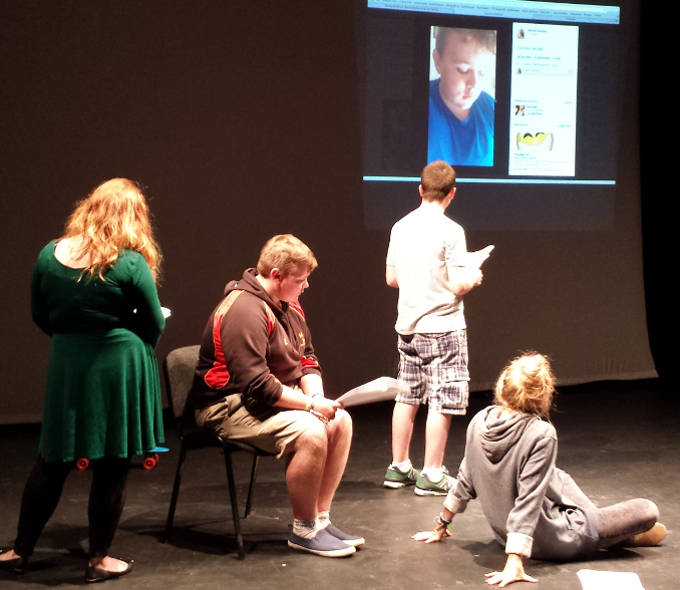 Staged reading of User not Found by Stefanie Preissner. Stefanie was recipient of Playground: Performing Arts residency at axis:Ballymun 2014 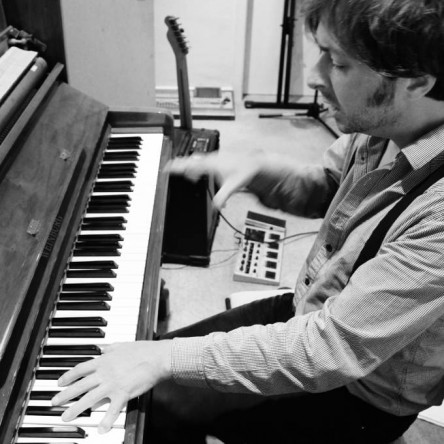 Kevin Nolan, Dublin, Ireland born, is a singer/composer.
After eight years of writing and recording he has just completed and released his debut album ‘Fredrick & The Golden Dawn’which features a duet with Choice Music Award winner Julie Feeney, on his song ‘Aubade’. John Kelly has played ‘Aubade’ several times on his show The JK Ensemble on RTE Lyric FM. It was the first single off the album and has also been given spins by  Carl Corcoran and The Tom Robinson show on BBC 6 Music. Kevin has a unique and powerful style rooted in performance art, the likes of Jacques Brel, Bertolt Brecht, Dagmar Krause, Tom Waits. Kevin won an award for best (non-classical) singer/ songwriter for the 3 EP songs, ‘Splinter’, ‘Blood Wedding’ and ‘The Guess’ from an American art collective, Lark Gallery Online, in 2010.

The track 'Splinter', which is the second single from the album was recently chosen by Julie Feeney as one of her favourite songs in a programme called Kaleidoscope which she hosted for RTE Radio. ‘Splinter’ was also included on ‘The Alternative with Chris Atwood Compilation’ which was released in the USA with Russian Winter Records.

Kevin is a multi-instrumentalist and usually performs all instruments himself as well as all vocals on his songs. In early adulthood, Nolan was diagnosed with schizoaffective disorder, which he wrote about at length in this recent article in the Irish Independent.

Kevin also designed and published his first volume of poetry with TC&FF press entitled ‘Vibrations Of The Soul’. The book is illustrated by Artist John Nolan with forward Irish poet Patrick Deeley, winner of The Eillis Dillion Book of the year award in 2001. Patrick Deeley has also written the introduction to Kevin’s new volume of poems entitled ‘Schizo-poetry – Fragments of Mind’, which is collaboration with artist/poet Susanne Wawra and will be published with Shine.

Kevin holds an honours degree in Pure Philosophy from The Milltown Institute, Dublin City. He also studied Fine Art in The National College of Art and Design. Kevin also explores sound textures, found-sound and field music under the title: The K/rouac Orchestra. His last sound exhibition was last year in Weimar, Germany in association with The Bauhaus-University.

Fintin Kelly was recipient of ADI and axis:Ballymun Playground: Performing Arts residency award in 2014.
Fintin is a founding member of Equinox Theatre Company, an ensemble based company set up in 2009 by KCAT Art & Study Centre to promote and engage with social inclusion in the arts and particularly theatre. He trained for four years on KCAT’s theatre performance course and has been involved in the visual arts there since 2003. 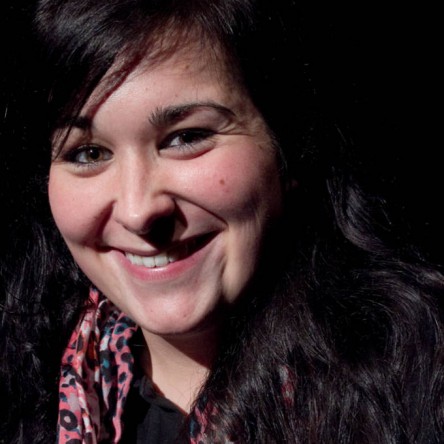 Stefanie Preissner  was recipient of ADI and axis:Ballymun Playground: Performing Arts residency award in 2014.
She is a Dublin-based theatre maker and screenwriter.  Graduating with a degree in Drama and Theatre Studies from UCC (2008), Stefanie went on to train as an actor, studying at The Gaiety School of Acting.

Stefanie's hit show Solpadeine Is My Boyfriend debuted at ABSOLUT Fringe 2012 and was subsequently nominated for several awards. From there, Stefanie undertook an international tour with Solpadeine Is My Boyfriend. The show was also adapted and produced for radio by RTÉ Drama on One. It remains their most downloaded radio play to date. Her work has been produced not only by her own company With an ‘F' Productions, but also by Theatre503 (London) as part of LabFest 2013.