You are here: Home / Artists / Commissions / Curated Space / One Beat at a Time / Tourniquet by Derrick Devine

Tourniquet is a song for anyone who, like me, goes around some or a lot of the time worried, baffled, upset, frustrated and overwhelmed by life, the world and their place in it.

On one level, it’s a very personal song that confronts the issues surrounding the depression or ‘Black Dog’ that first snuck in the door in my teenage years and has been sniffing around or indeed wrecking my place ever since. (He still owes me rent).

The song begins self-recriminatory and bitter, snarling at my and others failure to find a satisfactory answer to it all. But at the same time, it rages at and against the idea of me or anyone accepting any over-simplistic ‘cure’ for the complexities of what ails us.

And so here, it becomes almost political – questioning, criticising and denouncing aspects of my own and society’s unsatisfactory, one-dimensional treatment of the subject of mental health difficulties/emotional distress and so, his fellow man.

But the song seeks no revenge.

Instead, in its final section, it seeks to champion in a tongue-in-cheek way those brave enough to be their own vulnerable, ‘soft’ selves in this hard, harsh world.

Music, art and literature have always been a balm to the wounded. I wrote this song about a real battle I was having. I hope that it is enjoyed by most and might even be a little help to some.

In the end, maybe the song is a kind of call to arms – tender ones.

*Tourniquet – a device for stopping the flow of blood through a vein or artery, typically by compressing a limb with a cord or tight bandage.

soft people
do not fear
or fear to say

soft people of this world
do not fear

soft people of this world
unite and take over

Music, art and literature have always been a balm to the wounded 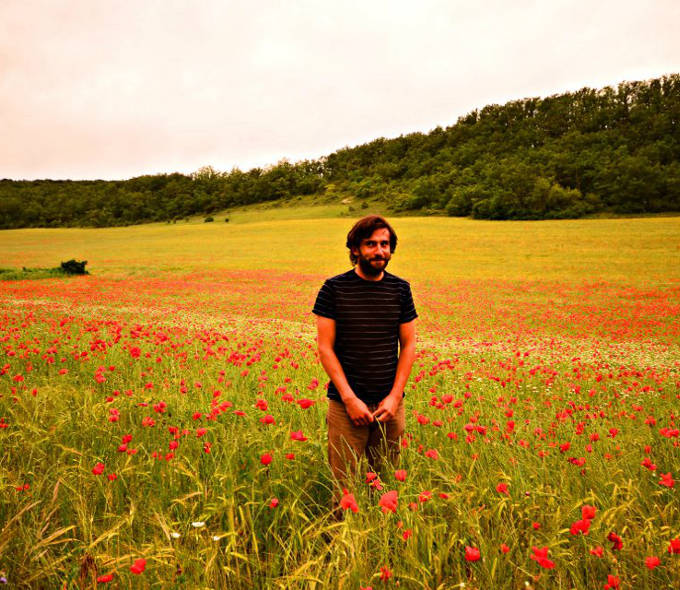 Derrick is a contributing artist to ADI's Curated Space 2016

Derrick is a singer, songwriter, actor and writer from Dublin. He has released two solo EP’s ‘Charge’ and ‘Take Care’ and another ‘Go Down’ with his former band ellison9. His first full-length album will be released next year. In Theatre, he has worked and toured extensively with Pan Pan Theatre Company. He has written many short plays for children, an adaptation of Chekhov’s ‘The Seagull’ and is currently working on his next play ‘Fairyland’. @derrickdevine

His second album 'Wabi-Sabi Soul' is released in April 2016 from www.dylantighe.bandcamp.com