Join trained audio describer Bairbre-Ann Harkin, who will give a detailed description of selected objects in the exhibition. There will also be an opportunity to touch samples of relevant materials used by the makers. This tour is useful for anyone who is blind, visually impaired or experiencing difficulties with their vision.

Dún Laoghaire-Rathdown County Council invited submissions from artists who have studied in, are living in, working in or originally from Dún Laoghaire-Rathdown County for the biennial Open Exhibition which will be held in the Municipal Gallery, dlr LexIcon, Dún Laoghaire from the 13th of December 2019 to the 26th of January 2020. Works from the 2019 exhibition have been selected by Aoife Ruane, Director of Highlanes Gallery and the theme is Utopia/ Dystopia. 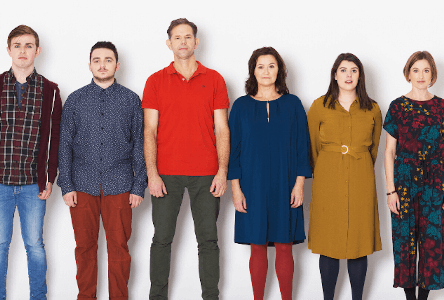 Theatre: What I (Don’t) Know About Autism tour