You are here: Home / News / Audiences in Waiting? Arts & Disability…

Arts & Disability Ireland (ADI) commissioned research to gain an in-depth understanding of how people with disabilities nationwide engage with culture in its broadest sense and with the arts in particular.

The research consisted of a large scale quantitative survey administered via an online survey and interviews in late Spring 2017. A total of 523 people completed the survey. Respondents came from across the disability spectrum. The percentages with particular conditions or difficulties are similar to those in the National Disability Authority’s 2013 Survey except that people with a difficulty with pain, breathing, or any other long lasting illness or condition are under-represented.

Do people with disabilities in Ireland want to engage with the arts? If so, is it worth investing in them?
There are 643,000 people with disabilities in Ireland. That’s 13.5% of the population. The assumption behind ADI’s research was that most don’t engage with the arts. But they do.
86% of people responding to our survey said they had attended at least one arts event including cinema in the past 12 months. If we exclude cinema, it’s 79%. That’s way more than non-disabled people.(1) 90% could describe where they could see live performances or exhibitions in their local area. 37% had been to a live performance or exhibition in the past month.

Why the surprise?
Well, it’s not because our respondents were telling us what they thought we wanted to hear. We were careful not to signal in advance that this was a survey about arts attendance. Instead, we talked about “going out”, asking about a wide range of activities including eating out and going to a garden centre so we don’t think that our sample was skewed. The people who responded could have been overestimating their attendance but that still implies an enthusiasm for the arts, even if they are going less often than they think.
We think we know the reason. It’s because 20 disability and impairment organisations helped us get the survey out to people with disabilities. This means that everyone who answered the survey was an active member of a group. And active people tend to do things – lots of different things, for example both sports and the arts. (2)

But why haven’t we noticed all these people with disabilities in our theatres, concert halls, galleries and museums?
Our survey data suggests lots of reasons. Many disabilities are hidden and our respondents appear surprisingly undemanding. Most seem to be willing to put up with a lot because they want to go to a particular event or activity with their nondisabled friends and family. Besides, many don’t seem to think of themselves as disabled, even though they have impairments. A fifth of our respondents said they were severely limited by their condition but a third said they were not limited at all. It seems that limitations can be about perception. They don’t appear to affect whether someone attended the arts or not. Age was a much bigger factor with those aged over 65 most likely to have attended a live performance or exhibition and those aged under 25 and between 35 and 44 least likely – just like non-disabled arts audiences.
When we talk about access to the arts for people with disabilities, we tend to think in terms of exclusion. It is important and other research emphasises the strong link between social isolation and disability.(3) Because of this, we tend to focus on developing arts participation. But – and it’s a big but – that’s not the issue here.

It’s about attendance, not just participation
Our respondents are arts attenders and almost two thirds want to attend more. (4)

Participation seems to go hand in hand with attendance. 87% of our respondents who had participated in the arts in the past 12 months had also attended a live performance or exhibition in the same period. 64% of those who had attended also participated. If they don’t attend, then they are unlikely to participate. (5)

So I think we all need to rethink our attitude to access.

It makes good business sense to make the arts attendance accessible to people with disabilities – that’s 643,000 of them, remember. 86% already attend and 64% want to do so more often. If we made it possible for just half of them to come one more time, bringing a friend or family member with them, then together we have the potential to earn an additional €7m. (6)

So what’s stopping them?
Our research underlines how important it is not to see people with disabilities as a single group. Their experiences are so different. And even people with a common impairment talk about different things. So, sorry, there’s no magic wand.

Access
13% of our respondents would go to arts events more often if they didn’t have to battle with inadequate access. Many attend anyway but talk about how stressful it is to have to resolve access issues for themselves. For 22% of our respondents it’s poor health that stops them, for example experiencing low energy levels or pain. They say inadequate access makes it worse.

But it’s surprising how lots of small changes would make a huge difference. Like checking the hearing loop is working properly, making sure there are enough seats in public areas, creating a quiet area with carpet to absorb sound and ensuring that those in the area for wheelchair users can still see when people in front of them stand up.

“I am ill and without enough support eg a PA and if I had this I would be enabled.”

“I live alone, friends deceased, no-one to go with, feel the odd-one-out because of my health and mobility problems and people don’t want to know.”

But there are many examples of formal and informal “buddy” schemes where arts enthusiasts support others to attend.

Transport
Another surprise is that many of our respondents don’t find distance a problem, with two thirds of our respondents travelling more than 10km on their last visit to a live performance or exhibition. Just 7% of our respondents said that there were no accessible venues in their area that they could get to easily. But transport is a challenge for 15%:

“Being much less able to get around by myself than I was (I can only use my scooter on the Luas; there isn’t enough turning space on the bus to get off easily).”

Money
25% of our respondents say they can’t afford to go out more often. Those who are severely limited in everyday activities tend to go to the arts less often and are less likely to have been recently. Money is not the only thing that stops them but they are less likely to work and so are more likely to have limited incomes. They are also more likely to incur additional costs, for example needing a taxi to get to and from the event. Not all people with disabilities need discounted tickets, but for some they make a big difference.

No information
Two thirds of our respondents find out what is happening in their area through personal contacts. This means that people who are socially isolated are likely to remain so as they are not part of these word of mouth networks.

It’s not just about barriers
94% of our respondents attended at least one artform more often five years ago. Sometimes that’s because they are more limited by their condition. But for many it’s because their tastes have changed. So, motivations are just as important as barriers.

But access is not a motivation. Just 8% of our respondents said that a good night out involves resolving some kind of access issue. 49% said they go out for social experiences. 69% say they go to live performances or exhibitions to be entertained or to enjoy the atmosphere. Our audiences don’t think about access unless it gets in the way of having a good time.

So are we talking to people with disabilities about the right things? Our first job is to persuade them that the arts event is worth the money and the effort. Then we can explain how we have made both the event and the social experience accessible to them.

And are we talking to the right people? People with disabilities want to be included when their friends and family go out. So we should be talking to all of our audiences about how we make our activities accessible. And if we work in partnership with disability and impairment organisations we could start those essential conversations with active people with disabilities about what access to the arts means to them.
To download this article, click here.

References:
1: 64% of the general population went to an arts event including arthouse cinema but excluding mainstream cinema in he past 12 months (Kantar Media, The Arts in Irish Life – 2015 Research Update, Arts Audiences / the Arts Council, 2016)
2: The UK’s Department for Digital, Culture, Media and Sport’s large scale survey shows that 77% of people who had participated in sport in the past four weeks had attended at least one arts event in the past 12 months. Taking Part Survey: Participation Across Sectors consulted on 02/11/17
3: The Healthy Ireland Survey 2015 research report emphasised the strong link between social connectedness and physical and mental health and wellbeing. A National Survey of Public Attitudes to Disability in Ireland, NDA, 2011 reported on social inclusion and barriers to participation in social activities for people with disabilities.
4: 64% would like to do at least one arts activity more often with 46% wanting to go to a cinema more often, 40% a music concert or gig and 37% a play.
5: 72% of non-attenders did not participate.
6: The average price paid for a ticket across 52 festivals, theatres and arts centres in 2016 was £17.82, Theatre Forum, Audiences for the performing arts in Ireland 2016, 2017 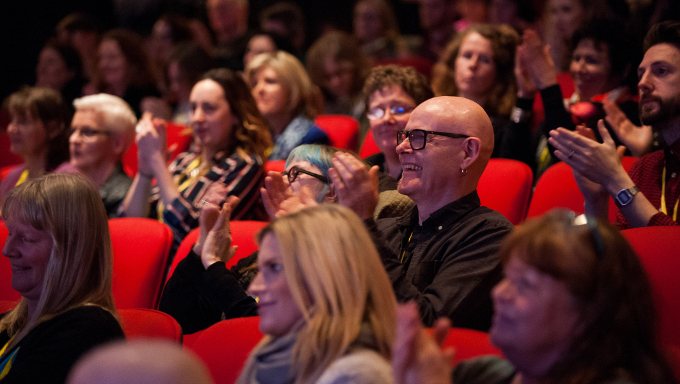 Booking now open for From Access to Inclusion 2020 Symposium! 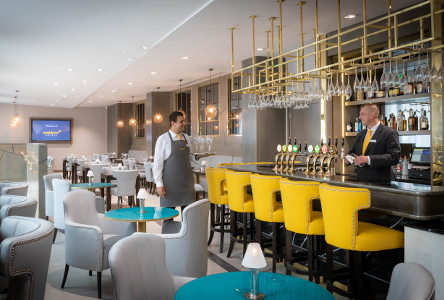 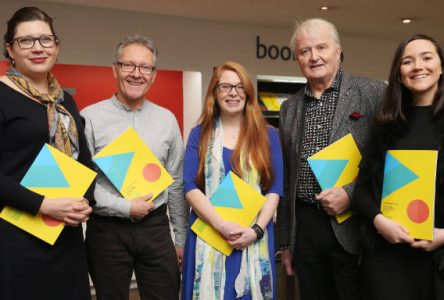 Board of Trustees Vacancies at Arts & Disability Ireland